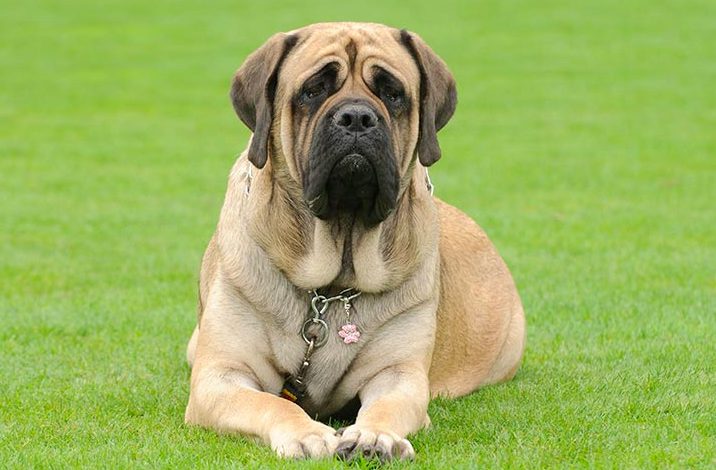 1: They descend from Roman military dogs:

One of how the ancient Romans left their imprint on the world was by breeding battle dogs that accompanied their fabled legions wherever they went across the globe. There exist statues of these dogs, and they startlingly resemble the contemporary English Mastiff. It gives rise to the hypothesis that the two canine breeds are closely related.

The molossus, Rome’s original dog, is believed by many authorities to be the common progenitor of all mastiffs. The fact that these dogs were valuable outside of the legions due to their usage in combat and for defending important persons and sites explains why mastiff breeds are so prevalent in countries worldwide.

2: Mastiffs from England were brought over on the Mayflower:

If you are getting into a rickety boat to sail across an ocean, a journey that can take months during which you will be responsible for hauling all of your food and water, then you will typically only bring the essentials. Dogs that weigh over 200 pounds are not commonly thought of as necessities by the average person, but John Goodman is not the average person. The pilgrim, who was 25 years old, took both English mastiffs with him on the Mayflower when they set sail for the New World. Even though the master didn’t live for very long, the neighborhood took in and cared for his dogs when he passed away.

3: They Used to Be Fighting Dogs:

In addition to the dog’s massive size, its fearsome reputation stemmed from the fact that English mastiffs were bred and trained specifically for the sport of dog fighting. English mastiffs were the dogs of choice for owners who wanted four-footed gladiators and were used for everything from bear baiting and bull baiting to one-on-one arena fights. However, in 1835, these terrible forms of entertainment were made illegal in England. However, dogs of this kind continued to be employed in the role of guard dogs, and royal families prized them for their ability to keep their estates secure.

4: We almost lost them in WWII:

When rationing became a significant problem during the Second World War, they did it for humanitarian reasons to euthanize their pets to save Britain’s food stocks.

In the end, if you were forced to choose between feeding the public and feeding all of their dogs, it was easy to figure out which option to choose. However, the result was that the English mastiff population dropped to an almost nonexistent level. Despite how gloomy it may sound, the breed managed to pull itself back from the brink of extinction, and it is today thriving and popular in many parts of the world.

Because there are so many distinct perspectives from which to examine the size of a dog, determining the size of a breed’s typical build can be challenging; examples of large canines include the Great Dane and the Irish wolfhound. Both of these breeds also tend to be taller than the English Mastiff. On the other hand, the English Mastiff is the giant dog breed on the planet when measured in terms of its mass per unit of weight. They often weigh more than the majority of people, ranging between 175 and 200 pounds, and the English Mastiff was the dog that held the record for the heaviest dog ever recorded.

6: They are also responsible for the most litter:

On the other hand, the record for the largest litter ever recorded was twice as extensive. Twenty of the mother’s puppies made it past the first week after they were born. The mother had a litter of 24 puppies. When it comes to breeding, that is a tremendous accomplishment, and when it comes to world records, it has yet to be surpassed.

Although other breeds of dogs, such as the golden retriever and the German shepherd, are more frequently seen on television and in the movies, the English Mastiff has had its fair share of opportunities to shine in front of both large and small audiences. For instance, in the Harry Potter book and film series, Hagrid’s dog Fang is an English mastiff since that is the only breed of dog that is large enough to keep up with the half-giant groundskeeper.

The English Mastiff plays a significant role in one of the most well-known cases involving Sherlock Holmes, titled The Hound of the Baskervilles. This breed has appeared in several other films and properties, and working on sets generally satisfies those individuals. When it comes time to start rolling the cameras, English mastiffs are typically easy to deal with because they are clever, hardworking, and relatively simple to teach.

Do you remember when we said that 1835 was the year dog fighting was made illegal in England? In any case, that had two repercussions for the English mastiff breed as a whole. In the first place, it was against the law to coerce them into participating in such heinous activities. On the other hand, this meant breeders and owners had to compete differently.

They found that having the most prominent, meanest, and roughest dog was of no help to them, so instead, they concentrated on having the most iconic Mastiff possible. At that time, breeding dogs for their beauty began, which is one of the reasons English mastiffs have developed such a unique appearance over the years. Here are a total of 8 Unusual Facts about English Mastiffs are here.