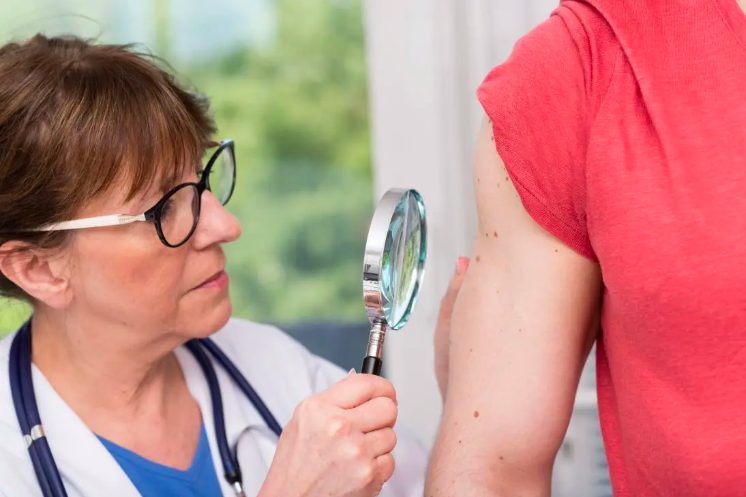 Angiolipoma is a benign mass of fatty tissue that is a less frequent variety of lipoma conditions. Angiolipoma is a benign subcutaneous growth characterized by a rubbery consistency, tiny size, and blood vessels. In most cases, young individuals between the ages of 20 and 30 are the ones that acquire angiolipomas. The forearm is the most typical location for an angiolipoma to develop. Angiolipomas are distinct from lipomas in that they include a more significant number of blood vessels than lipomas, and they also have a higher propensity to cause discomfort. It is believed that between 5 and 17 percent of all lipomas are angiolipomas.

Angiolipomas may or may not need treatment, but if they need to be removed, a more basic surgical procedure may be utilized to accomplish this goal. In this article, we take a more in-depth look at angiolipoma, including its symptoms, treatment, and removal, as well as its connection to cancer and other conditions.

What is an angiolipoma?

Angiolipomas may also be categorized according to the location in the body where they develop, which is particularly useful when the angiolipoma develops in an uncommon area. Even though they may cause you discomfort, they do not penetrate the deeper layers of your skin. Infiltrating angiolipomas are uncommon. They may reach your muscles, fats, and fibrous tissue. To provide just one example, the following kinds of angiolipomas are scarce:

The most frequent sort of angiolipoma does not infiltrate surrounding tissue. They are referred to as noninfiltrating because they do not penetrate further than just under the surface of the skin. They might cause a lot of agonies.

Angiolipomas that infiltrate surrounding tissue is far less prevalent than those that do not. They can break through delicate tissue. In most cases, they manifest themselves in the muscles of the neck, shoulders, and lower extremities. The majority of the time, infiltrating angiolipomas do not cause any discomfort. As a result of their greater depth of penetration into the tissues, they may be more challenging to remove.

The stomach is the location of these. This particular kind of angiolipoma may be associated with developing other symptoms, such as bleeding in the gastrointestinal tract and anemia.

These may be found in the epidural space of the spine’s thoracic region. This is the upper and lower back area that is just outside the lining surrounding the spinal cord. The symptoms of a spinal angiolipoma might include numbness or tingling feelings throughout the body, as well as balance issues.

There are cases of angiolipomas for which the etiology is unknown. In other instances, they may be brought on by the following:

An increased risk of developing an angiolipoma is associated with having a parent or sibling with the condition.

Angiolipomas are sometimes the consequence of physical trauma, such as an initial collision with a vehicle.

A physician may diagnose an angiolipoma after a thorough physical examination. The mass should have a mushy texture, although it may be more rigid than a lipoma. In most cases, a simple physical examination will not be able to inform a doctor if a patient has a lipoma or an angiolipoma. It’s possible that you have an angiolipoma rather than a lipoma if you’re experiencing discomfort. In addition, when touched, they move around freely, much like lipomas. Additional diagnostic tests that might help verify a diagnosis are as follows:

MRI as well as CT scans:

The findings of an MRI or CT scan can provide your doctor with enough information to formulate a diagnosis. This may be the case if your physician diagnoses the growth you are worried about as being caused by a cancerous condition known as liposarcoma. After the affected region has been rendered numb, the excision of an angiolipoma often takes less than an hour.

Your healthcare practitioner will administer a local anesthetic to numb the region surrounding your angiolipoma prior to the surgical procedure. An increased risk of angiolipomas is associated with some antiviral medications, including those used to treat HIV.

They are not contagious and do not risk one’s life. The surgical removal of a They can’t be passed on to others, so there’s no need to worry about spreading them.

On the other hand, developing new angiolipomas unrelated to the earlier ones is not impossible and should not be discounted. There is a rare form of cancer called liposarcoma, which may appear quite similar to lipomas. Liposarcomas resemble fat cells under a microscope. If you see skin discolorations, swelling, or a stiff or painful lump, see your doctor immediately.

How do you acquire angiolipoma?

Angiolipomas run in families, although their cause is unclear. This condition affects 20- to 30-year-olds. Children and the elderly seldom have angiolipomas. They impact men more.

Should the patient have surgery to remove the angiolipomas?

Angiolipomas are typically surgically removed to relieve discomfort and improve appearance. Angiolipomas may usually be removed to prevent a recurrence. Excision size depends on the tumor’s infiltration.