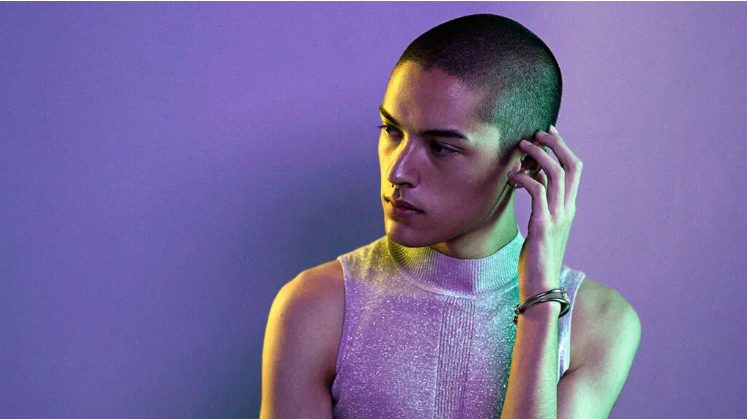 Apagender meaning is a person who is apathetic regarding their gender identification.  The term “apagender,” which can also be shortened to “gender apathetic,” describes a person who is uninterested in their gender identification. Regardless of how they might appear to others, people who identify as apagender do not care about their gender. Being non-binary and being agender, the latter meaning “without gender,” are not synonymous. To be transgender is not the same as being gender-neutral. Here we will discuss more apagender meanings in detail.

A person’s experience of gender can be described using a variety of terminology, including “agender” and “nonbinary.” They are frequently mistaken for one another yet have distinct meanings. Your gender identification refers to your perception of your sexuality and gender. Some individuals discover that their gender identity coincides with the sex they were allotted at birth, and as a result, they are considered cisgender. Some people find their gender does not correspond with their sex, which is why they are referred to as transgender or nonbinary.

Another term for this perspective on gender identity is “apagender,” which means a lack of interest in or identification with one’s gender. A person who adopts this perspective on gender cares little about the pronouns others use to refer to them or the gender they were assigned at birth. The agender identity is different from this one. An agender person sees themselves as neither male nor female.

Where to use the apagender term?

Apagender persons do not prefer one gender over another. “Anvisgender” is another self-description. They’re “apathetic” because gender doesn’t matter. You can identify as an apagender or add the word apathetic to your gender identification. How specific individuals perceive themselves and the others around them might be influenced by their gender identity.

This can be seen in their actions, how they talk, and the way they present themselves to others. Someone with a “nonbinary” gender identity does not exclusively identify as male or female. Gender is the culturally determined characteristics associated with a person’s identified sex identity. These characteristics include how they behave, express themselves, and express themselves through their expressions.

Which pronouns should be used by an individual?

A person is apagender if they are indifferent to their gender. This indicates that the person is comfortable switching between different pronouns and does not object if another person does the same. They may opt to use the pronouns he/his, she/her, or neutral, such as they/them, but this is not required. They may also choose to use the pronouns he/his or she/her. This is because the English language does not have any gender-neutral pronouns.

How do others consider transgender people?

Gender expression can take many forms and may shift throughout a person’s lifetime. Different aspects of a person can be conveyed using each linguistic tool. Gender is a social identity founded on a person’s thoughts, attitudes, and beliefs. A person who uses the term “apagender” to describe themselves does not care what others think about their gender identity and does not need approval from anyone. If a person does not identify with either biological gender, they may self-identify as an apagender.

Why do some mistakes agender?

If you are considered asexual, you do not experience any sexual attraction to other individuals. Agender is a state in which a person does not identify with either gender. Many people are thrown off by the prefix “a-,” yet in reality, the phrases refer to two distinct concepts. Although this is not usually the case, some people identify as agender and do not consider themselves asexual.

Is it possible for a human to have two genders?

People born with a mixed female and male anatomy, both internally and outwardly, are said to have intersex characteristics. Sometimes they have an uncommon combination of chromosomes, such as men with an additional X chromosome or women who look to be female yet contain a Y chromosome despite their outward appearance. This is not the same as being of a different gender.

How do you determine whether or not it is the correct term?

This is because being agender implies something different to different people, and no two people who identify as agender go through the exact same experience.  Because your identity determines whether or not you are an agender, no “testing” can resolve this for you. It does not matter what word you use to refer to your gender; this is perfectly OK. It’s up to the individual, and their choice ought to be respected.

A person is considered apagender if they do not care whose gender they are assigned by others and do not have any preference for which pronouns are used when referring to them. Some people prefer to use a wide range of pronouns.

Which gender do I identify with if I use every pronoun?

It is typical for pronouns to be associated with a particular gender; anyone of any gender is free to use any appropriate pronouns. No one is excluded from having pronouns, including those identifying as transgender, nonbinary, or intersex.