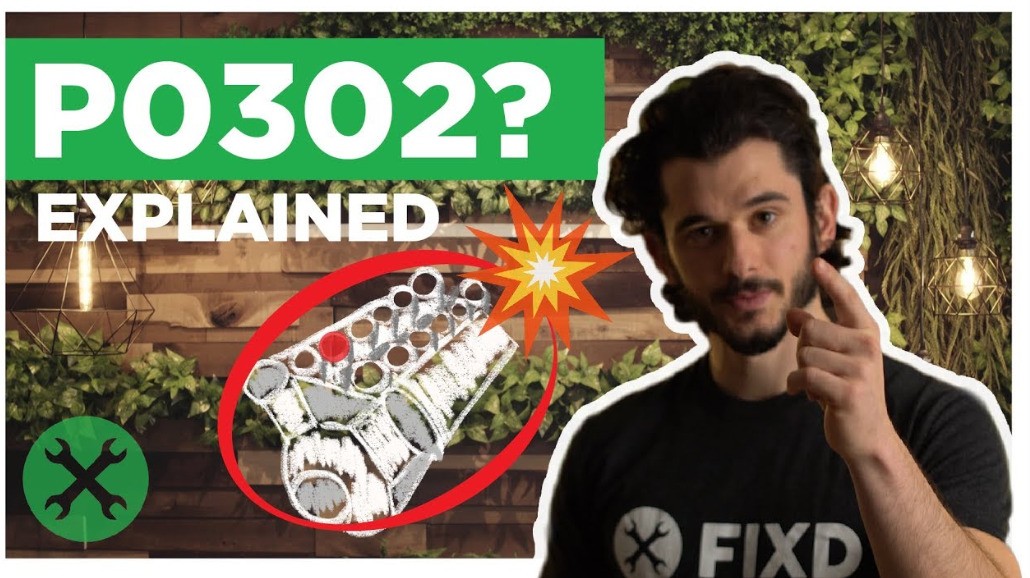 Can I drive with a p0302 code? The diagnostic trouble code P0302 indicates a misfire in cylinder 2 of the engine. The Powertrain Control Module of the automobile discovers that the second cylinder of the machine is not firing correctly. As a result, the engine receives the signal to store this fault code in its memory. It is a universal code that may be used on any vehicle with an OBD-II port. Even though the P0302 error code could be deemed general, the fixes might be different depending on the make and model of the vehicle you are driving. Here we will discuss more can I go with a p0302 code?

When there is an issue with the spark in your engine, the P0302 OBD2 fault code is generated. It will probably appear with the P0300 code, which pertains to misfires in a more generic sense. You will be directed to the clear cylinder that is having problems by the code P0302, which is cylinder 2. Check the repair handbook with your car if you are unsure which cylinder this pertains to. The power that is produced by your engine comes from the cylinders.

Each one has a spark plug on top, which is responsible for lighting the air-fuel combination in your engine. When your vehicle’s engine is operating correctly, the spark plugs in each cylinder will ignite one at a time, resulting in a consistent power flow to the crankshaft. If there is a misfire in cylinder two and the RPM of the crankshaft varies by more than 2%, the P0302 error code will be triggered.

What is the price tag associated with repairing P0302?

You will first need to diagnose the problem to locate it and then calculate how much it will cost to remedy the P0302 error code. Fixing the code might cost you more than $5,000 in exceptional circumstances if the problem was caused by poor compression. To get rid of the P0302 error code, you will need to make a diagnosis and figure out what is causing the misfires on cylinder 2.

The most typical reason for a P0302 error code is a faulty ignition coil or spark plug; that is where you should begin the diagnostic process. If these misfires persist, you will undoubtedly encounter significant challenges behind the wheel. If there are multiple misfires, the P0300 code and any associated codes may indicate engine and cylinder issues. It is because the P0300 code only appears in the event of several misfires.

What kind of emergency is code P0302?

It is imperative that the underlying cause of a misfire code be identified, diagnosed, and fixed as soon as possible. When, for instance, a misfiring engine has less than optimum combustion on one or more of its cylinders, the engine’s efficiency is negatively impacted. Consequently, several issues with the vehicle’s capacity to be driven may arise, and the driver may get stranded in the worst-case situation.

What is the price tag associated with resolving the P0302 error code?

Without an in-depth analysis of the issue, it is hard to offer an accurate estimate. When you bring your automobile into most shops for a diagnosis, you will initially be charged for one hour of “diag time.” Depending on the shop’s hourly labour rate, this might set you anywhere from $75 to $150. The shop will add the diagnostic fee to the repair bill if you request them to perform it.

After that, a shop may estimate the cost of fixing the P0302 code on your car. In light of this, the P0302 code could need one or more of the following fixes to remedy the underlying problem, provided it is correctly diagnosed. These costs account for the materials and labour required and are based on national averages. Pricing will be different for you because of the area and the automobile you drive.

Is it risky to get behind the wheel with a P0302 error code?

You should not continue driving if you get the P0302 error number on your dashboard. Your vehicle’s engine has a misfire on the second cylinder, as indicated by the P0302 code. If the cylinder continues to misfire, you run the danger of causing damage to your catalytic converter or other internal engine components, which might result in a costly repair bill. As a consequence of this, the procedure of mending should be as prompt and accurate as possible.

Can I drive with a p0302 code? P0302 CODE is no joke. To maintain your engine in excellent health, you must ensure that any problems are correctly diagnosed and repaired. After all, you won’t have trouble recognizing the symptoms, and a brief inspection of your vehicle’s operational systems will let you know precisely where the problem lies. As noted early on in the piece, the reasons might be straightforward or convoluted. You will see if I can drive with a p0302 code from the above.

If you get the P0302 error code, it indicates that the engine control module has identified a misfire in cylinder #2 and requests that you investigate the problem. A failed spark, poor compression, or fuel delivery issues may all lead to misfires in an automobile engine.

What are some possible reasons for the P0302 error code?