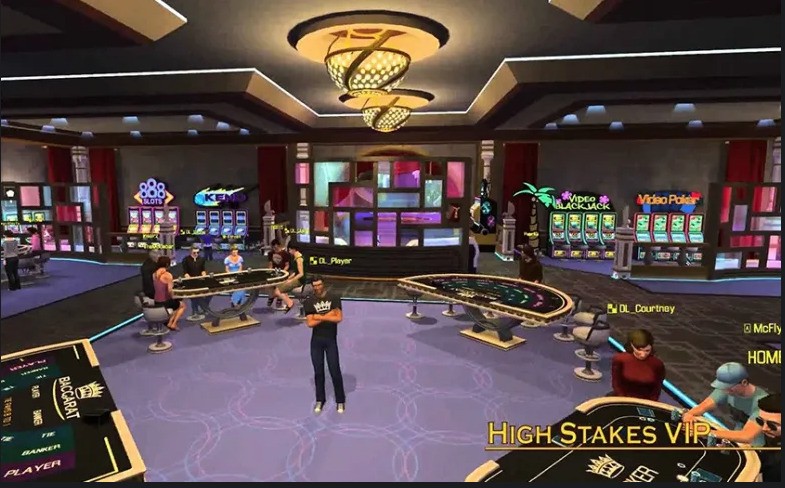 The Best Casinos in Video Games

Casinos Featured in Video Games: Video games often include mini-games, from the snowboarding in the Golden Saucer of FFVII to the fishing in Tales of Arise. One popular option, especially in real world settings, are casino games, as we explore below.

After Pokémon and Dragon Ball Z one of the biggest cultural exports from Japan to the rest of the world has been JRPGs, and one of the biggest of these in recent years has been Dragon Quest XI: Echoes of an Elusive Age (be sure to buy the Definitive Edition for extra content if you’re late to the party).

Among the many reasons people really love this game (beyond the old-school combat, enchanting characters, and engaging art style) are the two casinos. These offer a variety of games for players, including poker, slots, and roulette. The poker is a single player affair and, provided you have patience, has odds generous enough to easily end up making enough chips for some of the tastier prizes available. The Slime Quest adventure slots are surprisingly in-depth (and time-consuming) and can also be pretty rewarding. But when it comes to winning big then head for the top floor roulette tables (unlocked relatively late in the game). There are streaks in this, with the ball usually landing repeatedly in a certain area of the grid, and if you get lucky and land the jackpot you’ll have all the chips you’ll ever need.

Video game casinos are a slightly odd duck in that, for some at least, real world spending for chips can never be returned as real cash prizes. The main advantage, and aim, of playing at the best online casinos is the chance to win real cash. There are plenty of great places to play online according to this weblink and the international casinos within present a wide selection of great games from various leading software developers, plus generous promotions for newcomers and existing players. Be aware if you’re making the shift from a video game casino to a real one that the odds for video game casinos can sometimes be misleading (typically being over generous) and the way players behave in games like poker and blackjack can be rather more laid back when there’s no chance of winning real money.

The Fallout series is one of the most popular post-apocalyptic series out there (just don’t mention 76). For many people the pinnacle was New Vegas, developed by Obsidian rather than Bethesda and brimming with meaningful choices. There are also multiple casinos available to visit.

As the name implies, the game is set in a future Las Vegas after the bombs have dropped and civilization has been blown to hell. But that does not stop the city from putting on a show and hosting casino games in the Sierra Madre Casino, Atomic Wrangler Casino, and Ultra-Luxe (to name just a few). Slots are on offer, as are blackjack and roulette, with prizes in cash and other rewards (varying according to location). These latter prizes can include cool new gear or an assortment of booze. Just don’t drink and gamble.

The Grand Theft Auto franchise has long been on the more adult side of video games, in terms of swearing, violence, and betting. San Andreas came out back in 2004 but is still fondly remembered by players. Among the three major cities included in the impressively large game map is Las Venturas, heavily influenced by the real-life Las Vegas.

As might be expected from a place inspired by the Gambling Capital of the World, there are plenty of gambling opportunities and an associated skill that levels the more the player visits casinos. This was not the first time that betting was on the gameplay menu in a GTA game but it was the first time that the franchise included classic casino games like blackjack, slots, and roulette.

As is usual with GTA activity, there’s a way to fail badly, by getting into debt and earning yourself a visit from goons sent to annoy you until you pay off any borrowed cash. Just goes to show that the golden rule of only betting what you can afford to lose is true even in virtual cities. And it doesn’t hurt to have a basic understanding of mathematics.

Unsurprisingly, a more recent entry in the fantastic GTA franchise also makes our list. The online aspect of the blockbuster smash hit GTA V, Grand Theft Auto Online received a 2019 update that added the Diamond Casino & Resort and, with it, multiple new betting mini-games. Slots, blackjack, poker, and roulette are all available, and the update also came with an associated heist and plenty of new vehicles and in-game items. However, some parts of the world, including certain states in the USA, were unable to access the gambling mechanics for legal reasons.

Increasing numbers of games are offering casinos and casino games for players to enjoy, including some of the most successful video games of recent years. Much as in the real world, be careful not to bet what you cannot afford to lose.