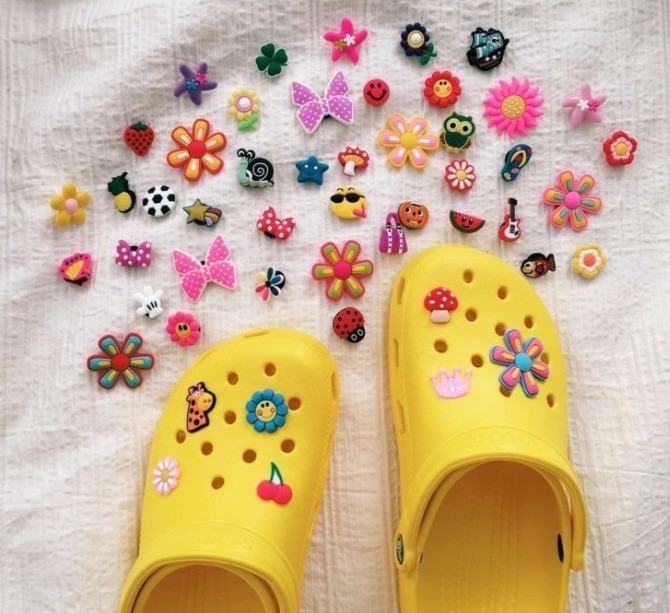 Croc pins: During the sweltering summer months, crocs are making a comeback. Crocs are so popular with children that nearly everyone on the street owns a pair. Garden shoes, or Crocs, are a style of slippers. The vamp of crocs is distinguished by a large body and numerous holes for ventilation. Crocs and croc pins are famous worldwide, and so are their floral decoration uppers. The croc style is effortless, with the only color difference.

In recent years, the popularity of these rubber crocodile shoes and crocodile pins among children has grown significantly. In addition, the product line had grown out of control, with the number of shoe types increasing from 25 in 2006 to over 250 the following year.

Crocs started when Scott Seamans, Lyndon Hanson, and George Boedecker Jr. were sailing in the Caribbean and stumbled upon a new type of boating clog. The boating clog was made by Foam Creations, a Canadian company, utilizing a novel material called Croslite in 2002. Foam Creations’ manufacturing technology was licensed to the pals when they went home with an idea to add a strap to the clogs.

Its global revenues fell 15 percent to $722 million in 2008, and the company reported a loss of $185 million. With a $200 million investment from private equity firm Blackstone, footwear executives were brought in. Additionally, the new team was entrusted with reinvigorating the brand’s relevance and coolness. A single style, called “Beach,” was released later that year by Crocs, and things took off from there.

From $1.2 million in 2003 to $850 million in 2007, global revenues climbed dramatically. After acquiring Jibbitz, a firm that started making trinkets and charms that fit into the holes of Crocs shoes, Crocs continued to expand its product line. Inventories and production problems harmed Crocs’ early financial health. The company produced so much stuff that it had a lot of extra inventory, but it could not meet many of its customers’ deadlines.

The path to being relevant:

According to Molly Wilhelm, Crocs’ head of product line management, two early collaborations were a turning point for the firm. Christopher Kane, a Scottish shoe designer, created a collection of Crocs with a marble print in 2016. Crocs’ collaborations with other brands helped them get into the streetwear market. When Alife launched, one of its creators, Rob Cristofaro, saw that collaborating with brands that other major streetwear players wouldn’t touch would be an excellent opportunity to highlight how his NYC-based lifestyle brand wasn’t scared to connect itself with.

A chance to start a new conversation about Crocs:

With these early collaborations, we were able to open up the Crocs conversation and allow customers to see our brand in a new light,’ Molly explains. For us, collaboration is critical in reaching customers who may not have previously heard of Crocs, let alone owned one. When it comes down to it, collaborations are all about increasing brand exposure.’

Crocs teamed up with LA streetwear brands Pleasures and Chinatown Market for significant projects that catapulted the brand from obscurity to prominence. The collaborations soon grew even more outlandish. Despite the tremendous leap into streetwear and the transition from usefulness to novelty, Crocs gave its collaborators a free pass to do practically anything.

She believes that Crocs is the best example of a collaborative brand, and she urges other fashion businesses to experiment with collaborations early on to establish community and cross-pollinate consumers. Sometimes, smaller clients are given possibilities that might not appear clear but wind up bringing the brands to a much broader customer base.

The appearance of croc pins has helped sales of crocs shoes reach a new height. Croc pins is also one of the most popular decorations, which has a priceless development value. If you need to customize such attractive and good-looking crocs accessories as your products, you can choose high-quality manufacturers to cooperate with you.

Compared to its competition, why does Crocs stand out in its willingness to collaborate with others?

However, despite the importance of cooperation in the quest for relevance, this goal remained elusive initially.

Read also: Why do Carhartt hoodies have a small pocket?