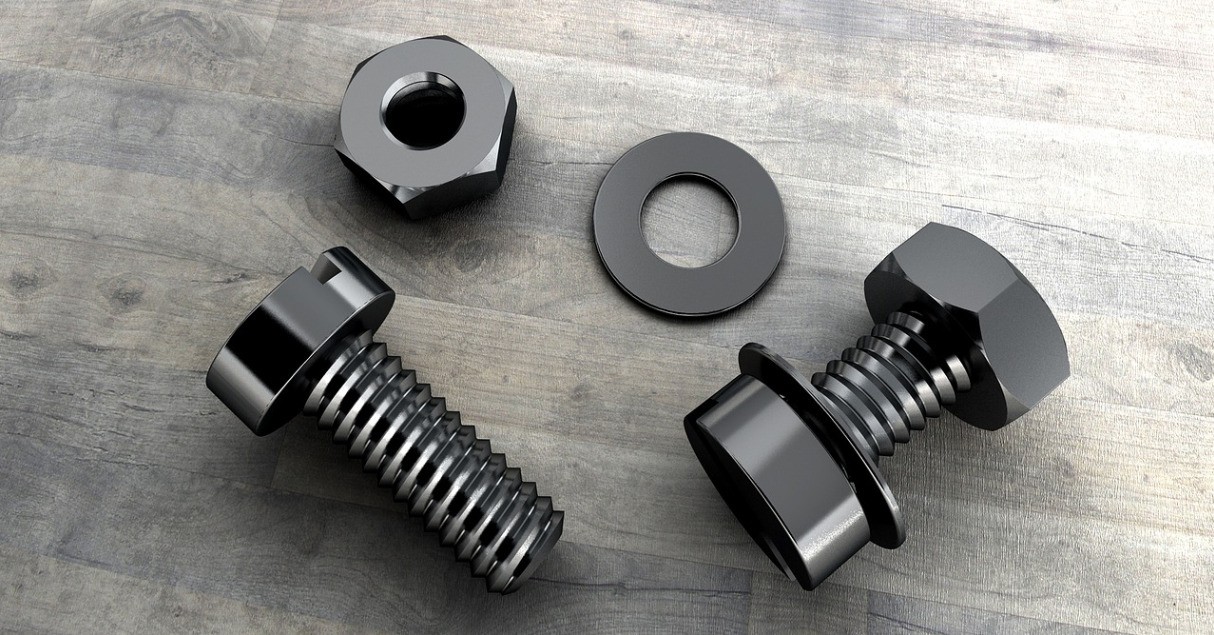 Flat and Lock Washers: Washers are designed to prevent threaded fasteners such as bolts and screws from loosening. They are thin plates, typically disk-shaped, with a hole and are normally used to distribute the load of a threaded fastener. They may also be used as a spacer, wear pad, spring, locking device, and to reduce vibration. Washers are usually metal or plastic and come in a wide range of exterior diameters, interior diameters, and thicknesses.

There are two common types of washers including flat and lock washers, and they have different purposes. A lock washer is typically used to reduce the loosening of bolts and screws from their mating assembly. On the other hand, a flat washer is used to increase the surface area, so it can evenly distribute the force applied by tightening the fastener.

Read on if you want to know more about the difference between these two types of washers and what are they used for.

A lock washer, also known as a split washer, is a special type of washer that is designed to create tension so the bolt doesn’t loosen or come out of its installed position. They aren’t flat, and they feature a semi-coiled design that gradually rises. They prevent the rotational movement of the installed bolt, however, you can also use nuts for this purpose. The problem with nuts is that they’re susceptible to vibration, so they might loosen when exposed to vibrations.

Flat washers are considered the most common type of washer. They are flat, as the name implies, which means they’re not curved and they don’t protrude. They’re completely flat from both sides, and their design makes them highly effective at distributing loads. Usually, the comprehensive forces of a bolt are applied to the underside of the bolt’s head if there’s no washer. However, a flat washer can absorb these compressive forces while subsequently distributing them more evenly.

Flash washers are often used as general-purpose parts. They spread the clamping load from a nut or screw to a more extensive area. They are commonly made of high-carbon steel, stainless steel, copper, and brass. You can also find different types of flat washers depending on the application. For instance, there are fender washers, finishing washers, bonded washers, SAE flat washers, and USS flat washers. Keep in mind that flat washers’ usefulness in various applications makes them invaluable for construction projects, even if they’re simple in form.

What are washers used for?

Washers are often used with fasteners to prevent any moving or corroding. They provide a smooth surface for bolts and nuts, which makes them less likely to loosen. Lock washers, for instance, are specifically built to lock bolts and nuts in place. Washers greatly increase a product’s lifespan through load distribution because there’s less pressure on the fastener, which leads to less chance of failure and greater support.

In addition, washers can be used as a wear pad that protects expensive parts. Washers made of softer materials like plastic can also be used for this function because they’re excellent at absorbing vibrations and are cheap to replace. Note that some assemblies move when the bolt is tight. So, a washer can be used to reduce the friction between materials because the moving parts are more likely to wear out quickly if they rub against each other.

Washers are also very important in a plumbing system for many reasons. They can distribute the pressure throughout the entire pipe evenly to prevent strain. Also, they can be used with faucets to act as a seal to stop leaking. One of the great benefits of washers is that they can reduce the friction of parts when they’re loosened or tightened, which makes them easier to break free from a tightened bolt.

Apart from these two types, you may also encounter beveled, fender, finishing, and metric washers. However, flat and lock washers are two of the most common types because they can be used for different applications depending on the size and composition. That’s why knowing the difference between the two as well as their use can help you decide which one would be best for your project.