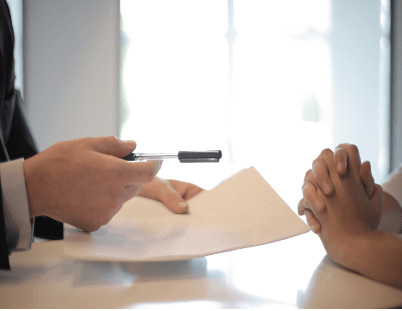 Modern Economy: Finances used to be a lot simpler than they are now, didn’t they? Once upon a time you would go to the bank, apply for a loan for a car or house, wait a few weeks for approval, and then use your newly acquired funds to move ahead. Interest rates were low, the prices you were borrowing for were low, and loans themselves were frequently unnecessary if you had a decent enough job. The economy was solid, and you could count on loans to give you an advantage where you didn’t have one before – and for those advantages to be easily paid back.

Of course, that isn’t the world we live in anymore. The modern economy has completely changed, especially for younger generations trying desperately to navigate life. The price of everything has gone up, and wages have been stagnating for decades, making affordability for the most basic elements of the American dream an absolute nightmare to deal with. What once was simple and straightforward has become labyrinthine, and what was once complicated has seen the fat trimmed away to streamline processes for the better. In this guide, we’ll go over some of the ways the lending process has changed, and some of the ways that the economy has influenced those changes.

Borrowing Money is Easier Than Ever – For Better or Worse

The ease with which people can borrow is a double edged sword, both a boon and a hex on the general public’s personal finances. There’s no expert consensus on whether the benefits outweigh the drawbacks or the other way around. Beginning with the negatives, many banks and lending companies will offer loans to people that have no feasible way to pay the debts off.

This is called subprime lending, and has both advantages and disadvantages for all parties involved. Typically, these loans are provided for people with low credit scores or other risk factors that make them more likely than the average borrower to default on the debt. As you will see later in this article, the factors that go into credit scores are not only many, but has led to a sharp spike in people with lower scores. For those people, subprime lending is frequently the only real way they have that can secure funding for homes or education.

While it can be a leg up for people in riskier financial situations, the overall effect on the market is dramatic. Financial experts universally believe that subprime lending was directly responsible for the 2008 housing market crash. Banks and financial institutions loaned money to people that they knew were unable to pay them back as a market strategy.

They engaged in a practice called securitization, wherein they would sell the debts to third parties who would package them into financial securities, which were then further sold to global investors. The sheer quantity of subprime lending that took place overwhelmed the housing market, which saw a near total collapse in value due to the deterioration of mortgage standards. Lenders were incentivized to generate as many subprime contracts as possible, and the deluge of defaults tanked the entire market.

Of course, there are advantages to making borrowing easier that don’t involve subprime lending. Most banks and financial institutions have made the process of application and dispensation of a loan more straightforward than ever. Lenders want to get you in on borrowing money so they can turn a profit on the interest, and that has incentivized innovation in the practice. Even international markets have become competitors in the lending business. For example, some like billigeforbrukslån.no – lån på dagen are experimenting with same-day loans.

Student Loans are a Prison

The most drastic way debt has changed can be seen in the ongoing student loan crisis that has all but imprisoned an entire generation. Compared to previous decades, student loans have seen explosive inflation in the modern era. The cost alone has skyrocketed out of control. Consider the cost of Harvard tuition and how it’s ballooned in relation to minimum wage. In 1970, minimum wage was $1.60, and Harvard tuition was $4070.

The disparity between earnings and education costs has created a scenario in which it is nearly impossible to attend university without taking out a series of expensive loans. Therein lies the trap: interest rates have risen substantially as well, which combine with low wages to produce an insidious scenario wherein making minimum payments on the debt will actually see the amount owed rise from month to month. In short, people aren’t making enough money to repay the loans they needed to take out to get the jobs in the first place!

This is leading to an unprecedented diminishing of credit scores, which means that the most highly educated and hardest working generation (indeed, millennials put in more hours of work on average than any other generation to date according to economists) is unable to reap the rewards of the American dream due to the predatory trap of student debt.

Attitudes towards student debt are changing. A political push to cancel the debts entirely is slowly gaining traction in some parties, which would have a profound effect on how lending is done in the future. The student debt crisis has the potential to completely reshape the way banks and other financial agencies consider lending practices. Only time will tell how this crisis resolves and reshapes lending.