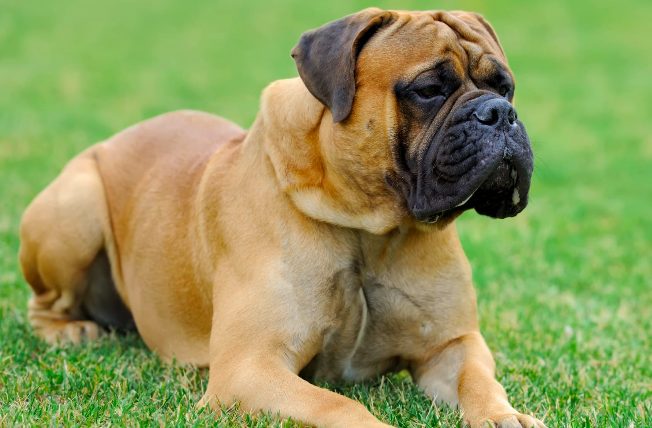 Common Fun Facts about the Mastiff:

Following are common and Fun Facts about the Mastiff.

The ancient dogs known as the Alaunt and the Molosser are the ancestors of today’s Mastiff, a descendant of those old canines. There is evidence that dogs that originally resided in the mountains of Asia had traits akin to those of the Mastiff. It was around 4,500 years ago, in the year 2,500 B.C.E. The bas-reliefs found in the Babylonian palace of Ashurbanipal have been sent to the British Museum in London. On these reliefs are portrayals of dogs that seem to be mastiffs hunting lions in the desert. Some of the dogs appear to be carrying spears. These dogs are practically indistinguishable from current Mastiffs in appearance in every way.

2: British were responsible for developing the Mastiff breed:

Most likely, the British were responsible for developing the Mastiff breed as we know it today. According to tradition, it is believed that Phoenician traders carried Mastiff dogs with them when they journeyed to ancient Britain. The Romans were the ones who found them, and then they moved them back to Rome with them to fight in the arena there. To keep possible attackers away from their manors and castles, the British would lock the dogs up during the day and then let them out at night. It was done to secure their property.

Hannibal traveled across the Alps and was accompanied by many battalions of Mastiffs who had been trained for battle. The lengthy journey that these canines undertook brought them into contact with many indigenous dog breeds along the way. Because of this, when natural selection did its job, it led to the development of various dog breeds, one of which was Saint Bernard, formerly known as the Alpine Mastiff.

The existence of mastiff blood in the family trees of big mountain dogs in the Balkans, Turkey, Spain, and France may be used to explain the enormous size of these breeds of dogs in those nations. It would account for why huge mountain dogs are found in those countries to explain why these breeds are so prevalent in those areas. These countries include the Balkans, Turkey, Spain, and France.

Old English Mastiff is commonly referred to as a Mastiff in the United States of America as well as in other English-speaking nations such as Canada and the United Kingdom. Mastiffs were brought over aboard the Mayflower. Although there are very few records to back this up, the Plymouth colonists who sailed to the new world on the Mayflower had a mastiff and a spaniel with them. However, the genuine importation of Mastiffs into the United States began in the late 1800s. Prior to that time, they were only brought in as pets.

The imposing appearance of the heavy-boned Mastiff inspires feelings of majesty and respect. No maximum height is specified in the breed standard; however, there is a minimum height requirement of 30 inches for males and 27.5 inches for females measured at the top of the shoulder. In point of fact, these enormous dogs can reach heights of up to 36 inches. There is no specific weight provided in the standard; therefore, males can weigh anywhere from 160 to 230 pounds, while females can weigh anywhere from 120 to 170 pounds.

Zorba, a Mastiff, was formerly known as the biggest dog in the world. At one point in time, he held the distinction for himself. In November of 1989, when he was just eight years old, he established a new record for his age group. Just recently, he had turned eight years old. He weighed 343 pounds, had a shoulder height of 37 inches, and was 8 feet 3 inches long from the tip of his snout to the end of his tail. His measurements were as follows: shoulder height: 37 inches; weight: 343 pounds; length: 8 feet 3 inches.

When compared to the great majority of other dog breeds, the mastiff puppy period lasts for a much longer amount of time. Even though mastiffs are relatively huge by the time they are teens, they only attain complete physical and mental development once they are three years old. Because they are still growing, Mastiff pups have a greater chance of getting joint problems; as a result, more care is essential to ensure that they do not overexert themselves and cause injury.

However, until they are at least 18 to 24 months old at the earliest, at that age, they should be able to handle them safely. They are permitted to participate in unstructured play, although it is recommended that these activities be avoided according to Fun Facts about the Mastiff.

A dog of this size must get the appropriate level of training and socialization. Mastiffs have a high degree of intellect and are eager to please their owners, but they also have a reputation for being somewhat obstinate because of their size and build. Convincing someone to do anything may be exceedingly challenging, if not impossible, if they are confused, terrified, or if their sensitive sensibilities are offended in any way, even by harsh words.

In these situations, it is much more difficult to get their cooperation. Training sessions should be kept short, frequent, and humorous so that your dog regards the activity as a game. It will increase your chances of having success throughout the process.

In spite of their big size, mastiffs are able to adapt to a sedentary existence with a fair amount of success. They do not need to work out to extremes, but they will be in the best possible physical shape if they regularly engage in moderate physical activity. It is fantastic to have one of these dogs around the house as a part of the family, and they are also extremely beneficial when employed in therapy and as watchdogs.

They are highly competent in carrying out their responsibilities in these areas. Not only is it a thrill to have one of these dogs as a family member, but they are also incredibly useful. They are exempt from the requirement of engaging in rigorous physical activity. If they regularly engage in moderate physical exercise, they will see the most improvement in their physical condition. They are not required to participate in strenuous physical exercise since that standard does not apply to them.

They will experience the most improvement in their physical condition if they participate in frequent physical activity of moderate intensity and make it a regular habit. If you offer the required training and maintain them in the right physical condition, they can excel in activities like carting, tracking, conformation, obedience, and search and rescue. Above, a list of Fun Facts about the Mastiff is mentioned.