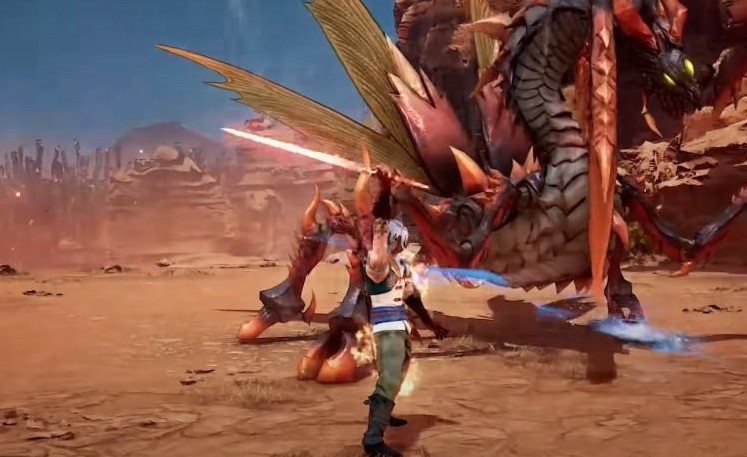 Gourmet saga soft and fluffy- The following is a sub-quest:

Giver of the quest:

Gourmet Saga: Berry Scavenging, Palace Delicacy, and Prairie Scent have all been completed in the preceding regions — Mahag Saar to Aqfotle Hills, Cyslodia to Frozen Valley, Menancia to Viscint.

Details of the mission:

Gourdeno has back in Pelegion, this time with a new recipe that calls for two “white, soft and fluffy objects,” but the ingredients list is problematic. Neither of these are native to Pelegion; the Rice is.

The Gourmet saga soft and fluffy – Soft and Fluffy is the starting point.

Ganath Haros > Pelegion > Level 2 is where Gourmet Saga: Soft and Fluffy begins. On the second floor of Pelegion, approach the collapsed man. Previously, he provided you with Gourmet missions. Gourmet Saga: Berry Scavenging, Gourmet saga soft and fluffy Palace Delicacy, and Gourmet Saga: Prairie Scent is the only three of his Gourmet Quests that he will appear in if you have already completed his prior three – all three of which can be found in Cyslodia and Frozen Valley.

Acquire six rice at a time.

Ganath Haros > Lavtu Marshlands contain rice (the region before Pelegion). Sparkles in the colour blue denote rice. Rice can be found in abundance in the area, as there are six rice fields nearby. This graphic shows the locations of the rice fields in red circles:

Pepper is the “Stimulating Powder.” Ganath Haros > Lavtu Marshlands has Pepper Plants (the region before Pelegion). Blue sparkles denote the location of Pepper on the map. There are four pepper plants in the vicinity, so you’ll have enough to satisfy your cravings.

Neither Swine nor Hare Meat may be obtained

Rappig Meat is described as “Neither Swine nor Hare Meat”. Go to Menancia > Pharia Ranch > Talk to the Farmer > Raise Livestock > Send to Barn > Rappig in order to complete this task. After about 30 minutes, return to collect the flesh of the Rappigs that have developed to full size. You can speed up their growth by feeding them Miracle Feed (600 Gald). Talk to the collapsed man on the Menancia > Traslida Highway, on the route to Viscint, if you haven’t already unlocked Pharia Ranch. After completing his Sub-Quest, you’ll have access to Pharia Ranch.

Tofu is what the “White, Soft, and Fluffy Objects” refer to. At Ganath Haros > Pelegion > Inn, there is a trader selling two pieces of Tofu for two gold pieces. The location of the quest giver is very close. When you purchase the tofu, a text popup should appear on the right side of your screen confirming that you have located the necessary ingredients. It will also appear in the mission log as a green colour.

To Gourdeno, bring the materials.

Complete the mission by returning to the person who issued it. As a thank you, he offers you the recipe for Mabo Curry. The sub-quest Gourmet Saga: Soft and Fluffy in Tales of Arise is been completed. You can then talk to the doctor in Calaglia > Mosgul to complete the final cooking sub-quest. A subquest in Tales of Arise is the Soft and Fluffy Gourmet Saga. It gives you 5100 gald, 150 SP, and a Mabo Curry recipe if you finish it.

The culinary quest “Soft and fluffy” can be found across the game world. Everything starts with Gourdeno, an NPC you’ll run into. The Soft and Fluffy Saga in Tales of Arise can be completed by reading on. Visit Pelegion in Ganath Haros in order to begin the Soft and Fluffy Gourmet Saga quest. Gourdeno is the person you should talk to on the second floor.

He is a well-dressed man who will kneel down. He’s a familiar face from earlier adventures in the Gourmet Saga. In the event that you haven’t completed the prior missions, he won’t appear. The following is what he’ll need from you.

There are two components to the white, fluffy, and supple items. Rice and tofu make up this meal. Ganath Haros is located in the Latvu Marshlands and has rice fields. The area is home to six rice plantations. On the map, they’re identified by a smattering of blue sparkles. Getting your hands on these should be a breeze.

In the fluffy tale, pepper is referred to as “stimulating powder.” Latvu Marshlands also have this item for sale, so you can buy it with your rice. Each of the four pepper plantations will be marked with blue sparkles. Rapping meat is not referred to as swine or hare meat. Collecting these is only the beginning. Visit Menancia and the Pharia Ranch while you’re there. Tales of Arise missions must be completed before this may be unlocked.

Make plans to meet with the farmer and talk about raising livestock. You can select to grow rappigs in the barn from here. There are two ways to speed up the growth of your livestock: you can feed them miraculous feed, or you may return 30 minutes later to get your meat. Tofu is the ultimate dish in the culinary narrative of soft and fluffy foods.

To complete the task, all you have to do is head to the nearby inn in Pelegion. Gourdeno will reward you if you return these items once you have purchased them. Gourmet saga soft and fluffy: a subquest in Tales of Arise, is explained here. Gourmet Saga: Soft and Fluffy’s aims, target location, and rewards for completing it are all explained here.

In the Latvu Marshlands, look for rice.

Rice is one of the items Gourdeno wants you to locate. Latvu Marshlands is where you’ll locate them; the exact spot is depicted in the image above. On your route to obtain the rice, you’ll have to face up against two Mossels, who are heavily armoured zeugles.

Stimulating powder, sometimes known as pepper, is another option. This component can be found in the Latvu Marshlands as well! There are a lot of Killer Effigies in the area, so keep an eye out for them.

Gourdeno is referring to Rappig Meat, which is a type of meat that is neither swine nor hare. Talk to the merchant at a nearby camp and you’ll be able to acquire these. If you’re not in Menancia, you can still maintain your ranch thanks to the merchant.

Make Your Way to the Inn’s Tofu Dishes

Finally, you can buy Tofu from an inn, which is white, soft, and fluffy. This may be done by flying to Thistlym and purchasing x2 Tofu from the inn there.