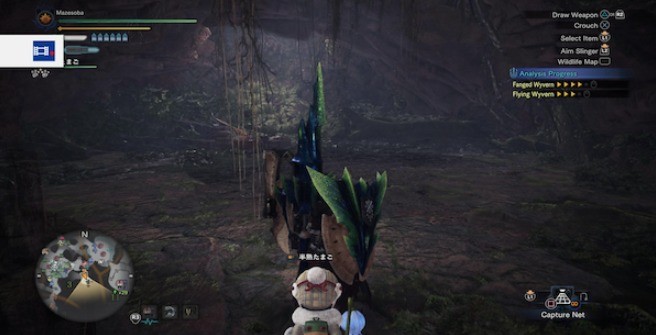 A sub-species of the Odogaron, the Ebony Odogaron amps up its lethality by affinity with the Dragon Element on top of its agile and powerful strikes.

Appears In All Habitats

Your first encounter with the Ebony Odogaron will be in the Coral Highlands. However, the creature will emerge in all locales after your initial encounter.

The Ebony Odogaron can move quickly down players who are not prepared to meet it. Remember to bring Astera Jerky to eliminate the bleeding status effect instantly.

The Ebony Odogaron combines physical strikes and dragon breath skills. A Dragonproof Mantle can easily save you during the fight, especially when it’s agitated and more likely to unleash Dragon-based attacks.

Use Nulberries To Get Rid Of Dragonblight

If inflicted with Dragonblight, eat down on a Mulberry. This will eliminate the status effect and make sure you don’t get damage from any of the monster’s Dragon attacks. The Ebony Odogaron’s weak areas may be located on its head, front legs, and tail. You can shatter its skull, both front & rear legs, and chop off its tail.

Has Similar, Faster Moves Than Odogaron

The Ebony Odogaron possesses most of the moves the Odogaron has, but it will be faster and stronger. It also goes into a frenzy, making most of its attacks Dragon-based. Hitting Ebony Odogaron’s skull with elemental attacks will immediately terminate its frantic state. As hitting its head puts you in direct danger to its Dragon blasts, bring Nulberries to alleviate the effects of Dragonblight.

Ebony Odogaron is a particularly aggressive monster. It has a turf war against practically all other monsters. Try to lure it to regions with other monsters to start the Turf War.

As Ebony Odogaron is faster and more aggressive than a typical Odogaron. Carrying weaponry such as the Gun Lance and Lance into combat significantly disadvantages you. Bring weapons like Dual Blades to react to Ebony Odogaron’s actions instantly. Are you looking for the location of the second camp? Look no further than our Monster Hunter World (MHW) Iceborne guide for finding the second camp in the Guiding lands camps!

In an area that includes all known localities, players will initially believe that the only beginning camp is in the middle of Guiding Lands. There is a second Camp at Guiding lands camps, however!

You’ll Find These Vines in the Coral Region if You’re Going There.

To get to the Coral Region, you must go through a small hole in the vines that leads to a large, well-hidden area.

There will be some supplies needed to set up the second camp for the group, as there are for every other camp in the game.  There are two Guiding lands camps locations in Monster Hunter World Iceborne. Find and unlock them with this tutorial. In the Iceborne Expansion, the Guiding Lands region can only be found in the Guiding lands camps region.

Four quadrants form an end-game area that looks like the main game’s map. When you arrive in a new area, your first task should be to look for and build camps, which will allow you to travel quickly and save time while on monster hunts. Once you’ve located a camp, head to the Resource Center and fulfil the camp’s delivery mission. If you’d want to learn more about what’s involved, check out the instructions below.