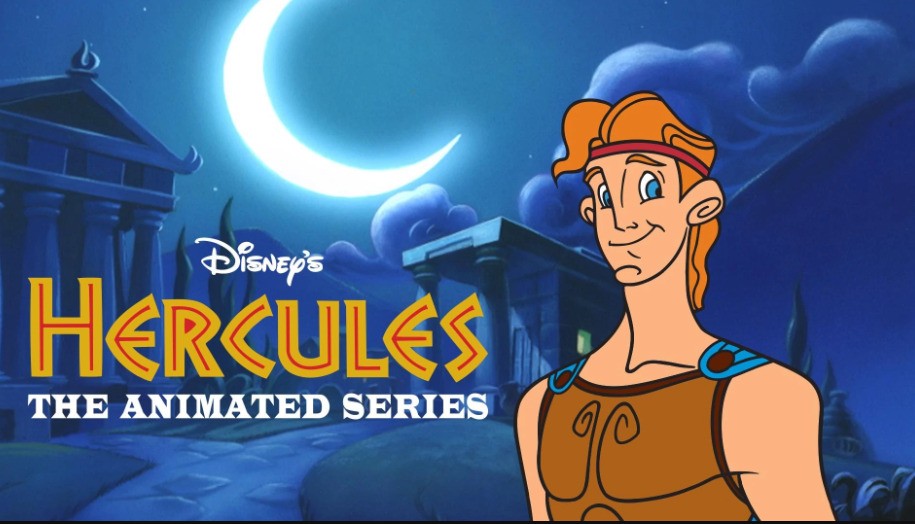 Hercules the animated series was a “middlequel” of sorts to the iconic picture from 1997, focusing on a younger Hercules and the lessons he learns along the journey. The Disney classic Hercules followed the titular hero as he set out on his quest to become a true hero. Many fans already knew this. His mission’s initial stage saw him meet the satyr Phil while he was still a teenager to receive hero training from him. Disney created an animated series that went into more detail on Hercules’ adolescence and his preparation for his hero role than the film did, which covered his training in a song montage. Here we will discuss Hercules the animated series.

Everything to know about hercules the animated series

What is Hercules the animated series?

Hercules’ exploits in Hades were also a part of this series. Therefore, some of the movie’s characters appeared in the TV show, such as Pegasus and Hades, while other figures from Greek mythology and history were incorporated. Most of these new roles are played by talented guest actors. They were comrades and foes of Hercules as he went through school and training. Because of this, Hercules learns valuable lessons throughout the series’ thrilling adventures and hilarious situations.

Hercules and the World’s First Doctor was one of the few episodes that include a character based on a historical figure rather than a mythological one. Hippocrates, a physician who practiced during classical Greece’s era, is widely considered a founding figure in the history of medicine. The episode has a fantastic performance by Mandy Patinkin, well known for playing Westley in the film version of The Princess Bride “Greetings, my name is Hippocrates.

Why is Hippocrates popular?

Not only do Hippocrates’ achievements as a physician motivate young Hercules to pursue a career in medicine like his, but they also put Hades out of business since fewer people need to be buried as a result of Hippocrates’ work. This episode is not only hilarious, but it also does a fantastic job of presenting physicians in a positive light.

The title of this episode suggests that Hercules is attempting a driving challenge. However, Hercules decides to shake things up by betting his school rival Adonis that he can get his driver’s license before the sun goes down. Zeus’s wager with Hades to give Hades the Elysian Fields if Hercules fails complicates matters. This episode is terrific because Hercules’ cantankerous tutor, Phil, teaches him what most people learn naturally rather than how to become a god and hero.

Hercules and the Yearbook:

The “Hercules and the Yearbook” episode is, without a doubt, a first. The other unique aspect of this episode is that it features Meg, Hercules’ love interest, for the first and only time. “Hercules and the Yearbook” exceeds clip episode comedy. The viewer learns more about Meg and Hercules’ marriage and the show’s key characters’ personal lives. Hercules finding Meg’s yearbook is funny.

Spartan and How It Affected Hercules:

Hercules’ new adventure in this famed city is not surprising. “What a Herculean Effort and a Spartan Lifestyle Have in Common” allows the prospective hero to help Adonis complete his Spartan training and increase his prospects of becoming king of Thrace.

Sorceress Circe existed in Greek mythology. Her part in turning Odysseus’s company into swine has made her famous. Circe, the sorceress in “Hercules and the Song of Circe,” is a beautiful young lady who attracts the attention of all the male protagonists, including Hercules. They have no idea that Circe has ulterior motives for them or that her methods of dealing with exes may drive them to run away. This episode focuses on the bond between Hercules’ best friends, Icarus and Cassandra, although Circe is the fascinating figure in the program.

Several Disney animated series from the late ’90s and early ’00s shared characters and plot elements. However, the crossover between Hercules and Aladdin is perhaps the most famous among Disney fans throughout the globe.  One of the many reasons this episode is so great is that two of Disney’s most famous villains team together to eliminate their rivals.

Hercules and the Greatest Show on Earth:

Hercules humiliates Hades in a parody of The Merv Griffin Show in the episode “Hercules and the Big Show.” Hades, enraged, seizes charge of the proceedings to boast about his many wins and conquests. He tells everyone how he deceived Poisedon into rerouting the river Styx, which flows through Greece on its way to the Underworld. That Hades knows about young Hercules is a gaping plot hole that must be addressed immediately and cannot be ignored for the rest of the series.

Straight through the Night Hercules:

It seems that neither Hercules nor Icarus spent any time studying for their final exams. Solution. When the deity is accidentally put to sleep, it causes the end of sleep everywhere. As a result, individuals start acting weird, and more corpses are showing up in Hades than usual.

Hercules and the Endless Nightmare

Hercules and the Spring of Canathus:

The episode “Hercules and the Spring of Canathus” has the highest user rating on IMDb among all of Hercules: The Animated Series. After a mishap involving water from the Spring of Canathus turns Hercules, Icarus, Pain, and Adonis into children, the episode revolves around a surprise partnership between Cassandra and Panic. Overall, this is a fascinating episode since it depicts scenes that viewers never thought they’d witness, such as Pain as a baby and Panic working with an ordinary person.

Episodes of Hercules the animated series, stand remarkable because Cassandra, who is usually aloof and unfeeling toward other people, shows a gentler and more empathetic side. As a direct result of this, this is an episode that you will not want to miss. Hercules’ inadequacy as a driver is further underscored by the fact that he often exclaims, to no one’s astonishment, that he has a flying horse instead of a car.

Is the Hercules the animated series part of the official canon?

Since several events in the TV program directly contradict those in the preceding film, it is not considered canon.

What would you classify Hercules the Animated Series as?