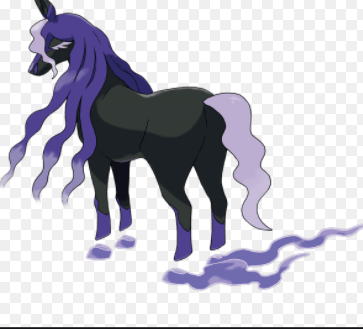 Over 900 different Pokémon species are available for players to capture and add to their teams in the Pokémon franchise. Many of the most popular Pokémon have been included since the first generation of games, which is the case for many of them. Although these species have distinct appearances, they are frequently based on animals. The influence on a species’ design is sometimes evident, but the inventiveness makes it challenging to pinpoint which animal inspired it.

Pokémon species that were inspired by horse pokemon. There have been different horse-themed species in the franchise thus far. Here are all of the horses Pokémon that have been released so far in the franchise.

Rapidash, the evolution of Ponyta, joined the franchise with its initial releases and has a similar style. The size difference between these two species is significant, with Rapidash being far more extensive and the horn emerging from the head of the fire-type evolution.

Blitzle, a horse-like Pokémon that initially appeared in Pokémon Black and White, was the next Pokémon to arrive after several generations. Although the species is more closely related to a zebra, we believed it deserved on our list because it resembles a horse. The lightning bolt-shaped mane and similar markings distinguish this type.

Blitzle has evolved into Zebstrika. A second lightning bolt and a significantly larger mane distinguish this new version. The species’ total size is also greater, allowing the markings on its body to stand out more and revealing its zebra-like heritage.

Keldeo, who debuted in Pokemon Black and White, was the franchise’s first Legendary horse Pokémon. The dual-type Water and Fighting Pokémon has a second form that appears similar to that was added in the games’ sequels. Keldeo has a striking appearance with a vividly orange mane and blue highlights, making him much smaller than many of the other Pokémon on this list. Keldeo’s head has a giant horn emerging from it in the Resolute form.

Mudbray is a donkey-like Pokémon that first appeared in the Sun and Moon games. When it comes to this Ground-type Pokémon, there isn’t much to say about it because of its simplistic appearance.

With the release of Sword and Shield, the franchise gained several new Pokémon species, including a new Ponyta form. Despite having the same name and overall appearance as the Kanto variety, this new form is distinguished by its somewhat bigger rainbow mane, which corresponds to its Fairy type. A little horn is also new to the design.

Galatian Rapidash keeps many of the new features from Galarian Ponyta while maintaining the unicorn appearance. These features include a rainbow-colored mane, a considerably larger horn, and far more hair in the mane, tail, and feathered feet than the original Rapidash.

Glastrier is a special Legendary Pokémon with a remarkable horse-like appearance that was just introduced as part of The Crowned Tundra DLC. As its name implies, this species is of the Ice-type, and this is reflected in its design choices, including an icicle-like mane and freezing hooves. These traits are meant to resemble a helmet and boots, emphasizing the Pokémon’s dominance and aggression.

Specter, a Legendary horse Pokémon, was introduced alongside Glastrier. There will be no mistaking between these two due to their distinct aesthetics since Spectrier’s Ghost-type is evident from its spooky purple mane and dark black color palette.

Throughout the decades-long franchise, there have been a few horse-inspired Pokémon that have left a lasting effect. From Venus flytraps to balloons, aliens to trash bags, the Pokémon franchise’s animals are inspired by a diverse range of real-world parallels. Most Pokémon, on the other hand, is based on one or more real-life animals. These references can be quite evident at times, or they can be a little more cryptic at other times.

Throughout the decades-long franchise, there have been a few horse-inspired Pokémon that have left a lasting effect. Others are simply lovely, while others are stunning in their force and strength. All of these horse-inspired designs, on the other hand, will warm the hearts of all horse lovers.

During their time in the Crown Tundra, the player can only choose one. If the player wants to obtain the other horse, they must train with another person. In terms of stats, here’s what players can expect from each horse pokemon.

Because Glastrier has universally high stats, it is the superior choice. While Specter is speedy and has a lot of punch, its defensive stat can rapidly eliminate it. Regardless, users can try to find a friend to trade for the lost horse or utilize the Pokemon Home GTS function to find a person ready to trade from anywhere in the world.

With the release of its final DLC, Pokemon:

Sword & Shield has come to an end. There are no plans for further DLC for the game at this time. However, it isn’t peculiar. Game Freak will most likely invest their efforts in a future installment of the horse pokemon series, which will be released next year. Regardless, the Galar DLC was a wonderful surprise, and it has given the region a lot of life and personality.

Read also: Does mirio get his quirk back?