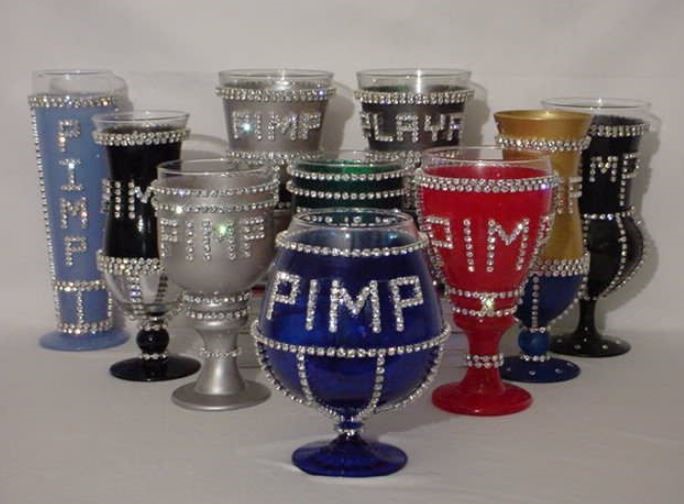 Since the early 1970s, when only local Chicago pimps would flash the Pimp Cup around town, its evolution has been remarkable. However, it has now been adopted by a new generation of partygoers, hip-hoppers, and rappers. People like Snoop Lion and Lil John have had Pimp Cups made to represent their opulent way of life. Many different styles of Pimp Cups exist, some specifically designed for drinking, while others exist solely for decorative purposes.

The Pimp Cup’s origins are a matter of debate, but the consensus is that it was started in the early 1970s by Chicago’s street hustlers and pimps. When it comes to actual cups, look no further than King Arthur and his court in King Arthur’s Court, the famed British leader of the late fifth and early sixth centuries. Has the phrase “A cup fit for a King” ever been used to describe something? That’s the plan, at least.

It was well-known in the 1970s that the Pimp Cup was only open to actual pimps, such as those who attended “The Players Ball,” an annual pimp convention in Chicago, Illinois (Chi City). For a novelty item at your upcoming planned party or for your next Rap/Hip Hop video, or even just to Mack out, you can now get them custom-made for just about any occasion.

For the most part, the design options for the cups are limitless, and they can make anything from real glass, steel, or plastic to a variety of different embellishments like acrylic stones, glitter, and rhinestones of all colors and sizes.

King-style cups resemble a King’s Goblet, the type you’d find in an English castle or befitting a real English king. Pimp Cups come in all shapes and sizes, but to give you an idea of what they might look like, here are some dimensions for a Pimp Cup. The bottom diameter of King Style Cups is approximately 3.25′′, while the opening diameter is 3.50′′, and they are typically 8′′ tall. King Style Goblets and Don Juan Style Cups have the same diameter but are slightly different in shape.

Making a Pimp Cup from Scratch:

The rapper and hustler Bishop Don “Magic” Juan made these hip-hop-inspired booze reservoirs famous. Whether they’re made of natural diamonds or pink rhinestones, gold, silver, and flint cups are popular at bars and make for stunning additions to glassware collections. Using an old goblet, hurricane glass, oversized champagne bottle, or a fishbowl-turned-stemware as toasting glass, you’ll be toasting your juice in no time.

Set the cup with the rim facing down on the newspaper or plastic to protect your flat work surface.

Step 1: To finish the basin, spray it with a thin layer of metallic spray paint, being careful not to get any on the inside of the bay itself.

Step 2: Holding the glass up to a light source while painting ensures no spots are missed. Let the paint dry completely before attempting another project.

Step 3: Set your desired pattern on your work surface while the paint is curing, then arrange the stones and other glistening decorations. Make a pattern out of bling, or write your name, nickname, or initials on it. Don’t plan to cover the entire goblet with stones; instead, leave a small amount of space around the top rim to make drinking easier.

Step 4: Hold the dried cup up to the light so you can see what’s inside. Mark the cup’s midpoints with chalk or a pencil to make it easier to apply the pattern symmetrically. If decorative accents don’t cover the pencil marks, you can remove them later.

Step 5: Use a small but adequate drop of super glue for each stone to adhere your stone pattern to the cup. Make sure to place your cement and rocks in a straight line and symmetrically to avoid any mistakes. Take your time and let the stones dry entirely on one side before moving on.

Step 6: Repair any loose gemstones with more superglue after drying the glue and rocks. To complete the cure, leave the cup out in the sun for at least one night.

Step 7: Remove any last traces of pencil or chalk with an eraser or a soft cloth.

Step 8: Using soap and water, scrub the inside of the basin, being careful not to damage the outside decorations. The pimp cup you just made is now ready to go.

Choose an inexpensive glass from your local store’s dollar or discount section if one is not already on hand. You’ll also find a crystal candy dish in the store’s home decor section. Stack the fishbowl on top of the candlestick holder to create the goblet’s stem, and then decorate. Instead of painting the glass metallic, leave it clear for a more natural appearance.

Cups for a king or queen pimp:

These hip pimp cups are a great way to let the little ones know the real king and queen. The front of the piece is adorned with the words “King” and “Queen” in high-quality black glass with silver accents. Use Only Warm Water and Gentle Soap Not suitable for use in a microwave. Each has a capacity of 16oz, from premium brands like Betty Boop to Elvis to Marilyn to Ed Hardy to Playboy to Marvel and DC Comics.

Pimp Cups and Goblets aren’t just for men any longer, despite what most people believe when they hear the term. In addition to being players, women also use flashy Pimp Cups to flaunt their dominance.

Read also: When It Comes to Diamond Rings, How Much Do Pawn Shops Offer?