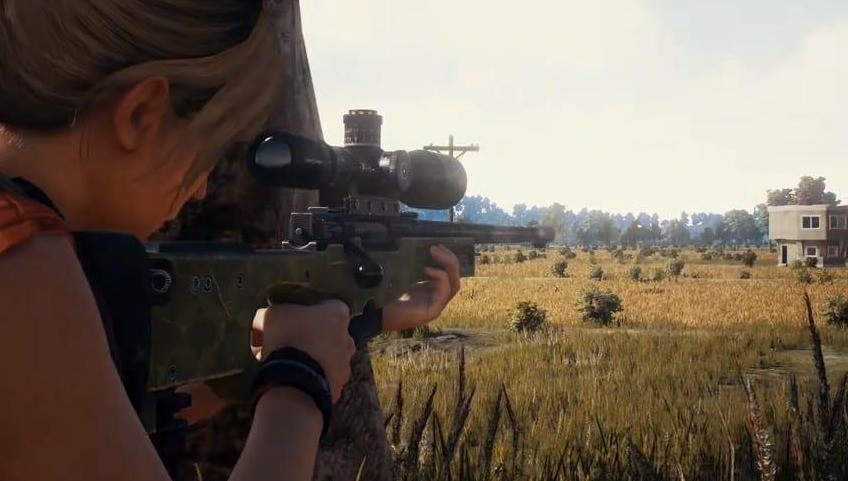 Pubg firing range: The most recent PUBG Mobile 0.18.0 Update includes the addition of Cheer Park. Invite your pals to Cheer Park, where you may have a virtual chicken feast, practice your aim, and more. In contrast, the Shooting Range is the most popular feature at Cheer Park for the Pubg firing range, where players compete in shooting as many targets as possible in a specified amount of time.

The player who kills the most enemies in the shortest amount of time is listed on the lobby’s scoreboard. For this reason, top of the Cheer Park Shooting Range leaderboard and learn how to score high and Pubg firing range, you’ve come to the perfect place. To help you get a better score, we’re going to share with you some helpful tips and tactics. Following are tips to learn how Pubg firing range.

Determine Which Loadout Is Right For You:

First and foremost, you need to make sure that you have the correct weaponry at your disposal. It’s impossible to obtain a high score on the Shooting Range if you merely use a Rifle. In the end, we decided that the M4 and Mini, along with all other equipment, is the best Loadout for a good score in the cheer park shooting range after a lot of testing.

To lessen your recoil and improve your aim, you should use Prone, as this is not a real fight.

Aiming for the Head:

Always aim for the head when shooting in the PUBG Mobile cheer park shooting range if you want a good score. To maximize damage, you should aim for the enemy’s head. It will lower the number of rounds needed to kill the target, therefore allowing you to take down more opponents and rack up more points in the process.

Rifle for close to medium range and DMR for longer range:

As previously stated, the ideal loadout for the shooting range at the cheer park is an M4 and a Mini. As a result, make use of your file for close and medium-range targets, then switch to Mini for long-range targets. As a final piece of advice, reload your M4 immediately after completing a round of shooting. Because 30 bullets are enough for the full round, you should never reload your Mini.

Your best score isn’t going to come on the first try. In my initial attempt, I scored 75 points; by the time I reached 90 points, I had achieved my personal best. So don’t stop practising until you’ve mastered your technique.

In terms of damage output and rate of fire, the assault rifle is among the most effective and versatile weapons in its class. Assault weapons can now use at a wider range of distances due to the inclusion of selective-fire modes such as single, burst, and full-auto.

Even though a headshot is an immediate death, the Crossbow is a terrible weapon in every other way possible. Please don’t! Please do not do this. Unless, of course, you’d rather see your comrades with arrows protruding from their bodies.

A crazy, but memorable, debut to Sawed-Off in the game. As useless as ever, the hand handgun. As far as I know, no one has used this, unlike the P92 or Tommy gun, which are useful in the early stages of the game. There is a 3 second reload time if you miss the first round with the Sawed-Off, which may be extremely irritating. For a Sawed-Off-inspired weapon, the damage is substantially lower.

There’s a good reason why this Assault Rifle can only be discovered in supply drops. At the top of our list is this weapon for its rapid-fire and massive damage output. If you come across one, stay on the lookout for sniper rifles and a large enemy force, as this is an extremely rare weapon. This powerful gun is well worth the risk.

Loot-heavy regions like cities are a good place to look for the M416. Single-fire with a 4x scope can help you get the most out of this Assault Rifle’s range and accuracy, but you can also keep it burst or automatic with an extended magazine.

The Mini14 has been reimagined as the UMP9. It also has reduced recoil, but the DPS is sacrificed to achieve it. The Uzi or AR will serve you better and last longer in a match if you discover one, but in a close gunfight, it may be useful.

A weapon designed specifically for use on the Sanhok Map, QBZ features stats virtually identical to those of the SCAR-L. Due to its manageable recoil and fast rate of fire, which allows for 4X spray, the rifle is justifiably popular.

The only real difference in damage between the PP-19 Bizon and the UMP45 or Vector is aesthetics. Although the PP-19 Bizon comes with a longer magazine, the painfully slow fire rate diminishes the advantage of this feature.

Another great pairing is the Uzi with the DP-28. As a result of its high rate of fire, the Uzi is a popular SMG. It has a greater DPS than the M416 and AKM and can outperform them at close range, but the magazine can empty in as little as one or two seconds, making it a dangerous weapon. The DP-28, which has the same damage as an AKM but less recoil, is a good starting weapon for inexperienced players because it has the least jerk. The middle is potent.

Most of the 15 other players at Cheer Park are there to annoy you so that you won’t be alone. They’ll try to run you over, get in the way of your shot, or do everything else they can to irritate you. As a rule of thumb, these folks will not prevent you from getting a great mark on your exam. But don’t lose your composure because you can’t do a thing about Pubg firing range.