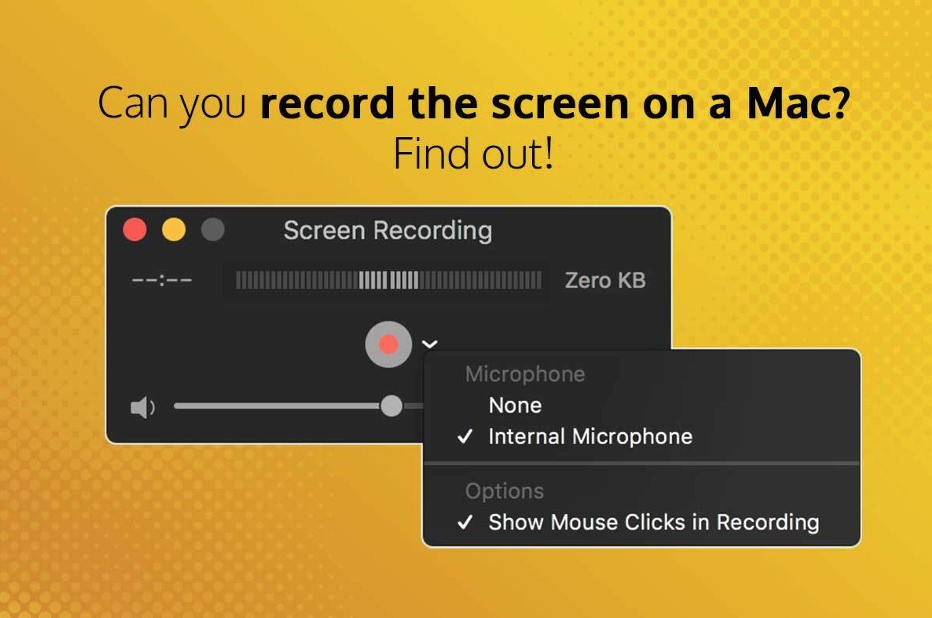 Record the Screen on a Mac: When it comes to offering top-tier features and functionalities that make it easier for users to work efficiently and productively, no other operating system comes close to macOS. Whether users wish to take a screenshot, perform calculations, organize files or perform any similar activity, macOS features a specialized native utility or feature that facilitates users to perform the task without inconvenience. For instance, the native Safari browser is used by millions of users to browse the Internet. Similarly, macOS’s native keyboard shortcuts make performing numerous tasks effortlessly. According to Apple, users can perform a variety of tasks on their Mac, such as open apps, copy or paste content, etc., using different key combinations.

Record the Screen on a Mac:

Record the Screen on a Mac: Another useful feature that macOS offers users is the ability to record their screen along with its audio. The native screen recording functionality of macOS truly sets it apart from the rest of the hard. Moreover, macOS also supports numerous third-party screen-recording applications. Thus, users looking for advanced screen recording features can use a powerful third-party screen recording app to capture their screen’s content without hassle. This article will cover some of the most effective methods following which users can capture their Mac’s screen and the advantages of recording the screen. Let us get started:

How to Record Your Mac’s Screen:

macOS offers numerous ways following which users can record their Mac’s screen. If you own a Mac and are wondering how to record Mac screen with audio, you can do so in two ways, i.e., by utilizing the operating system’s native screen recording tools or by using advanced third-party screen recording apps.

macOS’s native QuickTime player allows users to record and save their screen’s content conveniently. To record your Mac’s screen using QuickTime Player, you need to use the dedicated keyboard shortcut to start the process. Besides this, you can also start recording your screen manually by opening the app, navigating to the File menu, and clicking on the New Screen Recording option after enabling the audio recording option in the “Options” menu. If you are looking for an efficient screen recording tool that is free and gets the job done perfectly, the QuickTime Player is the perfect app for you. Using it, you can efficiently record your screen’s video along with the audio.

CleanShot X – CleanShot X is a powerful third-party screen recording application that lets macOS users record their screen’s content with a single click. The app also facilitates users to record the audio along with the video. To start the screen recording process, all the users need to do is open the app’s menu bar, select the “Record Screen” option and hit the space button. The app also allows users to record their camera’s feed. Overall, it is a great tool for recording your Mac screen’s content without hassle.

Capto – If you are searching for an app that allows you to capture your screen’s content along with its audio, Capto is a great third-party macOS-compatible tool you can consider. Besides the generic screen recording capability, the app allows users to record video using their Mac’s webcam. Moreover, it also lets users choose between recording their Mac’s mic or the device’s audio. In addition, the app also features numerous editing tools for users to edit the recorded video and enhance its appeal.

Yac – If you wish to communicate seamlessly with your team and capture and share screen recordings easily, Yac is one of the best asynchronous tools available for macOS users. The app facilitates users to record their screen, perform a voiceover, and share it seamlessly with their colleagues. The best part is that people do not necessarily need the application installed on their Macs to receive recorded files.

Record the Screen on a Mac: Screen recording offers numerous benefits to users.

Record the Screen on a Mac: One of the most effective ways to store digital content is by recording it. If you are a macOS user and wish to know how to record your device’s screen, refer to the points mentioned above to better understand the screen recording functionality.