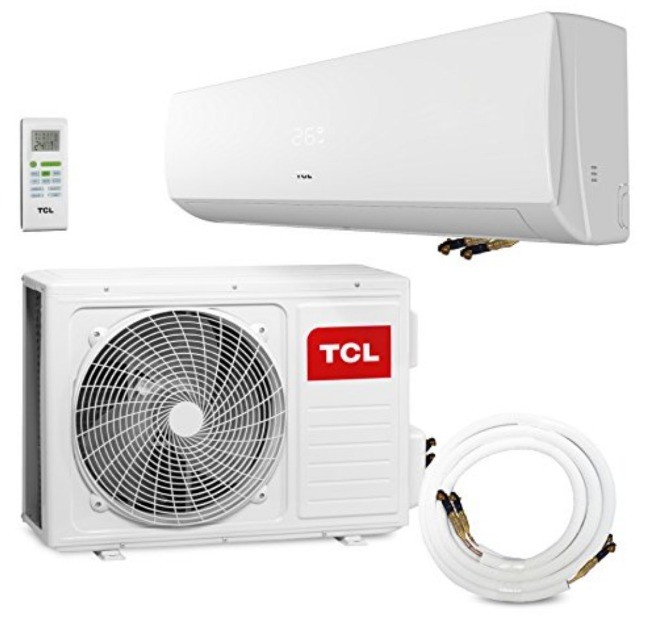 Tcl air conditioner: To enjoy the highest degree of comfort throughout the year, you should invest in an air conditioning unit that can do it all. More and more people install TCL air conditioners in their homes and offices to keep them cool and comfortable.

Who owns TCL’s air conditioning systems, and why?

At its founding, Li Dongsheng’s company was called TTK Home Appliances Limited Company in China’s Guangdong province. In 1999, TTK entered the international market by selling a selection of household and electrical products. Shortly after that, the company became TCL. It has since become one of the world’s leading electrical brands, and in 2014 it opened its first North American branch.

How did TCL become so well-known?

Customer groups with different income levels are all catered to by the TCL brand. To put it another way, whether you are a tech enthusiast in Southeast Asia or the United States, the company has a product for you. Besides air conditioners, the brand sells televisions, soundbars, dehumidifiers, mobile phones, and headphones.

The benefits and drawbacks of TCL air conditioners:

TCL’s air conditioners are currently known as the cheapest on the market. It’s also worth noting that the TCL brand falls short of its higher-end rivals in terms of user reviews, as it is regarded to be of intermediate quality. TCL air conditioners have several notable advantages, including the following:

In the current market, TCL air conditioners have some of the lowest prices available. Since the brand is more economical than other popular brands, such as Panasonic, Mitsubishi, and Daikin, to name a few, most people prefer it.

TCL air conditioners also come with a dust filter, fast cooling, and antibacterial modes such as Auto Clean, Plasmater Ion, and TitanGold, to name a few.

With its low price point, the brand nonetheless provides a good and durable air conditioning system line-up. TCL air conditioners, on the other hand, aren’t perfect. The brand, as previously stated, is not without its flaws.

Brands in the mid-market:

The TCL brand has a long way to go before it can compete with the more well-known air conditioning brands in terms of overall quality, performance, and brand recognition.

For smaller rooms, TCL’s tiny wall box or window AC is an excellent solution. TCL’s 24-hour timer and swing function are among the characteristics featured in many of its other products. The unit has a cooling capacity of 1.6kW, which is lower than the cooling capacity of other TCL versions.

This TCL AC’s 2.6kW cooling and 2.4kW heating capacities make it an excellent choice for year-round cooling and heating. It offers three fan settings, a 24-hour timer, a swing function, and a sleep mode like previous versions in the range. Suitable for rooms of up to 20 square meters, this can hang on a window.

One of TCL’s most powerful window box air conditioners can cool and heat at a rate of 3.6 kW and 4.1 kW, respectively. At a maximum temperature of 31 degrees Celsius, this has three fan speeds and a temperature range of 18 degrees Celsius.

The TWC-15CR/UH is a window-mounted air conditioner that can cool 700 square feet of space. A window-mounted kit is supplied, making the TWC easy to install and offering several valuable functions such as remote control and 24-hour systems. Cool, dry, fan, and auto are the four modes of dehumidification that can handle up to 4.2 pints an hour.

If you need to chill a room that is 25 square meters, the TCL TCLPAC12 is the most potent portable TCL air conditioner. A self-evaporative mechanism eliminates the need for a hose or drip tray, allowing this to gather up to 2.57 liters of water every hour. You don’t have to put it in your house because it’s a freestanding model, and you can move it about thanks to its wheels.

When it comes to cooling a smaller room, this is an excellent option because you won’t need a larger unit. With a 3kW cooling capacity, this standalone model is suitable for rooms up to 22 square meters. It can also help you remain cool on hot days by collecting 1.89 gallons of moisture per hour.

This device comes with a built-in dehumidifier that helps remove excess moisture from a room so that you can get rid of that sticky sensation in the summer. The cooling and heating capacities of the split system AC are both 3.2 kW. The model’s interior noise level varies from 35 dB (A) to 41 dB, making it ideal for those who don’t want their discussions or sleep disturbed (A).

This TCL split AC system has a cooling capacity of 5kWW and a heating capacity of 5.2kW. If you forget to turn the appliance off, it will automatically shut itself down after running for up to 10 hours without interruption. The 24-hour timer on this model allows you to set it to work when you want it to.

Is there a TCL air conditioner that fits your needs?

If you’re looking for an excellent air conditioner for a tiny bedroom or a medium-sized space, look no further than TCL’s vast selection, which includes a wide range of air conditioners. It’s hard to tell the difference between TCL’s wall box/window or split system air conditioners in terms of features. There is often a swing feature, a 24-hour timer, and a built-in dehumidifier with these devices.

However, even though TCL air conditioners aren’t widely recognized as among the best in the industry, they can still be considered suitable for individuals who place a premium on cost.