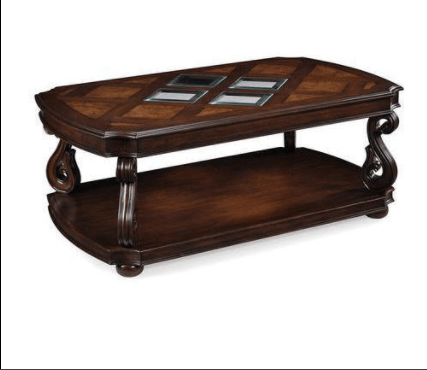 Late in the 17th century, England is where tea tables first appeared. Due to a lack of trade routes, tea had only reached the upper echelons of society since 1650. However, as trade channels expanded and more tea leaves entered the market, the common English classes drank more tea. As a way to replicate the royal high teas, the English started serving afternoon tea. Hour-long tea parties included bite-sized sandwiches and pastries served on serve ware that lay on a small serving table.

Vintage American and English tables look great in living rooms, bedrooms, and other rooms in the house. Don’t be deceived by their dated-sounding name. It’s a common misconception that antique tea tables are blatantly out of date. There’s little doubt that these regal tables played an important role in the now-extinct tradition of high tea, but that does not make them relics of an earlier time.

Around the year 1740, tea and tea tables began to make their way to the colonies. American tables soon followed after, closely emulating their British counterparts. Drinking tea was considered anti-American after the American Revolution in the 1770s, and as a result, production came to a virtual halt. As a result, most American tea tables you’ll come across are from a much later date, such as the Victorian era.

Tea tables and side tables are so similar that they can be mistaken for one another. Teacups, saucers, and teapots all had rims to keep them from slipping off the edge. Despite their small size, tables often hosted a large number of people at a time, making this a critical consideration.

What Is the Difference Between Moroccan and Tea Table?

Moroccan tea tables are frequently referred to as “tea tables,” even though their origins are quite distinct. These Moroccan tables have wood folding legs and a metal tray on top. The tray’s base can usually fold to make individual serving pieces if needed. Traditional turning spindle-leg bases coexisted with more streamlined Mid-Century designs with curved spider-leg bases. Traditionally, these pieces were used to enjoy tea while seated on soft cushions at coffee table height.

What Is the Difference Between a Tea Table and a Butler’s Tray or Table?

A butler’s table is a little different, but it serves the same role. Styled after the English tea table, this tray table has three sides and a pair of folding x-legs. Earlier models frequently have a detachable tray, while reproduction styles almost always have a fixed tray. However, a butler’s tray is a flat, oval wooden tray with four movable sides.

The Coffee Table arrives in your flat and needs only a few minutes of assembly once it’s been opened. To begin utilizing, connect the four legs. The table’s top has a weight capacity of 50 pounds. Dimensions after assembly: 17.5 “measures 39″ high by 19” wide by 19 “deep. The design is simple and strong. Dorm rooms and studio apartments benefit greatly from the simplistic layout provided by this set of furniture.

If you’ve ever been to China, you’ve probably seen tea tables like this one. When tea is brewed on a gongfu tea table, Chinese people enjoy drinking tea and enjoying the actual meaning of life. A table isn’t just for serving tea; it’s also a place to enjoy it. It will make sipping tea more pleasurable. A Single Piece of Wood, the Chinese Gongfu Table, and Chairs, is a multi-purpose table for many different things.

It serves as a beautiful stand for your tea set, tea, and other tea-related accessories when not in use. It’s also a great present for tea lovers, as it can be used as a decorative piece in the tea ceremony at the Gongfu table is the most well-known in Chinese tea culture. Because tea offers several health benefits, but also because tea has long been associated with the aesthetic concept of “waiting for a gentleman and cleaning the body.

This 43.3-inch tea table features a thickened MDF board and an open rectangle design with industrial influences. Agoo tea table, in minimalist style, removes all adornments and focuses solely on the coffee table’s functionality. A minimalist-style coffee table creates a clean, neat, and peaceful family area for you while adding an artistic touch to your living room or yard. This rustic Rectangle coffee table is made of MDF Panels and has a smooth, waterproof, scratch-resistant surface.

This coffee table comes with all of the necessary components and instructions you’ll need to have it up and running in less than five minutes.

43.3*22.9*17.8 The surface is large enough to accommodate a coffee machine or other decorative items. The open area created by the simple design allows you to comfortably extend your legs or store numerous small items beneath the coffee table.

The table changed over time to meet the needs of a changing population. Around 1720, rectangular-topped tables went out of style in favor of round-topped tables. Many had tilting tops that could turn up while the table wasn’t in use, further reducing the table’s footprint. Artisans adapted traditional styles such as Chippendale, Queen Anne, and Georgian into their creations.

Tea tables are also more likely to have decorative elements like drop leaves or removable drink trays. Four-drop leaf designs are rarer in more ornate versions, but they are also available. Tables with pull-out drink trays often have side panels that house the trays. Tiny protruding knobs provide access to these trays, wide enough to hold a small plate or saucer. Hinges connect the two drop leaves on either side of the table, which is how drop leaf tea tables get their name.