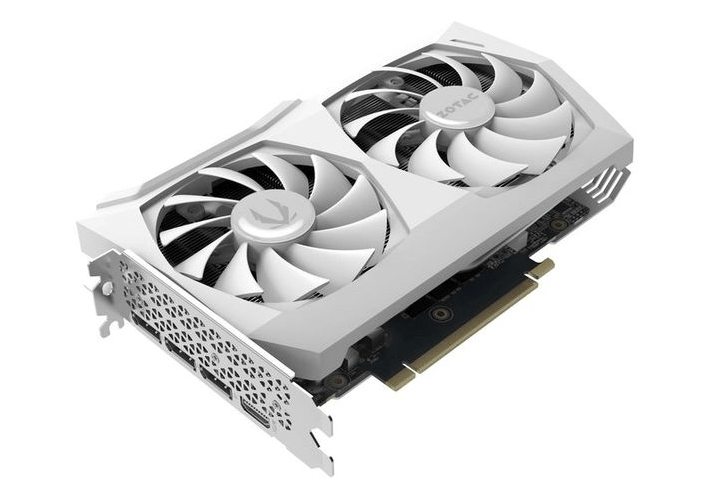 The process of building a personal computer has progressed dramatically in the last few years. Instead of picking colors at random, many gamers try to stick with a specific color scheme. Thanks to fantastic cooler designs and beautiful RGB LEDs, graphics cards also evolve to give a pleasing appearance. Having a soft spot for all-white PC builds, I’ve painted my PSU shroud, graphics card backplate, and the Corsair 570X case white graphics card.

The fact that Gigabyte is selling a white GT 1030 with no cooling fan is surprising. One of the most popular entry-level graphics cards under $100 is the GT 1030, perfectly adequate at lower resolutions and lower gaming resolutions and gaming setting levels. Budget PC builders on a tight budget have an option to keep their white theme without spending any additional money on the GPU with this one.

For many, the Nvidia GTX 1050 Ti has proven to be a lifesaver during this year’s GPU shortage. Pascal architecture is used, and 1080p high settings are no problem for it. It isn’t easy to find an entry-level graphics card in your preferred color, but Asus has a model that looks great with a white PC. The graphics card has two fans on a heatsink with a white shroud, and it’s called the Dual GTX 1050 Ti.

There are a few blue details on the card, but the overall effect is pure whiteness. Although it lacks a backplate, this isn’t a deal-breaker if you don’t mind seeing its underside, or you can create your custom backplate. You can see how it currently appears, but rest assured that it is far from perfect. You’re capable of more.

Even though Galax isn’t the best GPU manufacturer, the company has many white edition white graphics cards in the GTX 16, RTX 20, and RTX 30 series in its lineup. Other manufacturers do not make a white GTX 1660/S GPU, so the GTX 1660 Super EX White is a good choice if you want a mid-range GPU. It has two white fans, and the entire shroud is white.

In terms of the most recent RTX 30 series GPUs, Zotac has released a completely white RTX 3060. The AMP edition has been factory overclocked and will therefore outperform the Founders Edition in terms of speed and responsiveness. The card measures only 231.9mm in length, but it has two fans of varying sizes to provide a unique airflow.

On the white backplate is the Zotac logo and on the side is a White LED-lit LOGO, giving it a stunning appearance. However, if you prefer longer and beefier cards, skip to the next section. The backplate of this graphics card is also white, making it one of the whites on the market.

O8G White’s design is stunning, with a white shroud and RGB lighting on the top of the triple fans. RGB LEDs can find on the fan blades themselves, and a snow-covered backplate is used to give the illusion that the case is covered in ice. Because of this, it has a great heatsink and a center fan that rotates in the opposite direction of the other two.

As a result, your chassis will have to make room for it in the 2.9-slot configuration. It’s heavier than the majority of RTX 3070 GPUs, but it’ll be noticeable among the rest of your system’s components. Asus also sells the RTX 3080 and 3090 in the same edition if you want a better white graphics card.

Galax has a stunning RTX 3070 Ti GPU with an all-white shroud and a backplate made of the same material. The RGB GALAX logo on the side stands out, as do the dual RGB-lit fans, which are unusual on a white GPU. It will increase the illumination of your chassis and provide you with a wider range of modes to choose from.

This white graphics card is even sexier than all of the others you’ve seen so far. It’s a 317.8mm long triple-fan card that takes up 2.5 slots in your chassis. Everything on it is white, from the front to the back. Additionally, it has RGB LEDs on the side and backplate, allowing you to customize the display’s color and mode. It has a boost clock of 1740MHz and is less expensive than the non-LHR RTX 3080. It is an LHR edition.

The RTX 3090 Hall of Fame has a hold on my attention and won’t let go. It’s by far the most beautiful white graphics card I’ve ever seen. Because of the triple fan design on the Diamond Cut Cooler, it’s bigger and better than ever. In addition to having RGB LEDs on the outside, this case has them inside the fans.

Although it has a stunning all-white design with large fans and an illuminated logo, this model lacks any LED features. The 3070 is widely regarded as the new 3000 series’ best value for money, and after testing it out in a few of our titles, it’s easy to see why, however, despite its reduced size and lower performance.

Additionally, the RGB LED logo can be customized using major RGB software on the backplate, which also features the logo. Galax provides a GPU support bracket because it’s a big boy now. It also has a detachable HOF Panel III that shows GPU information in real-time and can be attached or removed for a white graphics card.