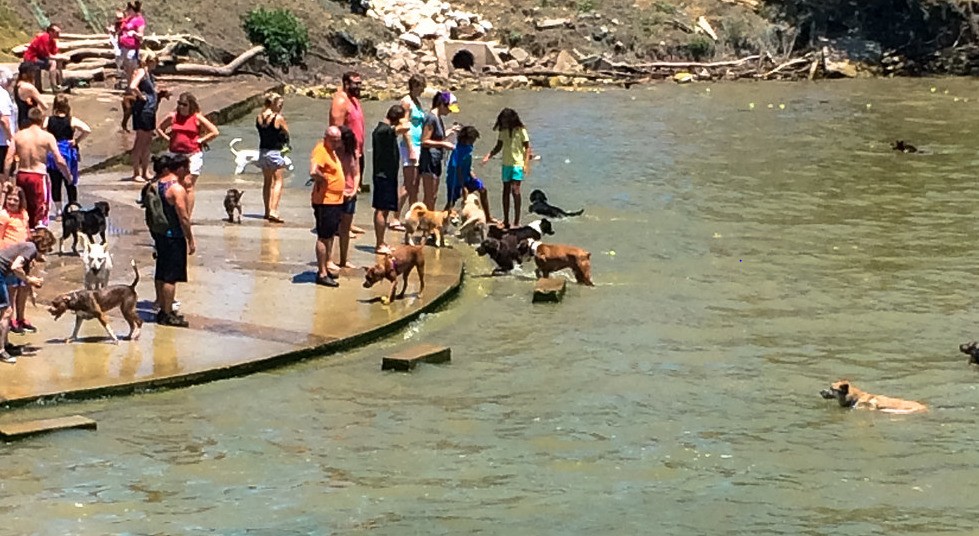 Lawther Drive. The park has recently undergone renovations. This canine paradise offers stunning vistas of the surrounding landscapes, including the lake, walk, and wildflower meadows. You and your pet will enjoy witnessing the broad community of large and little dogs that frequent this park, and you will be only a few feet from Dallas’ largest lake, where you can stroll, jog cycle, or boat. The dog park is closed on Mondays and other days when there is a chance of precipitation. In this article, we will discuss White Rock Lake Dog Park.

The watercourse eventually reaches its full width and becomes White Rock Lake.  It was through obstructing White Rock Creek that White Rock Lake was created. The lake drains into the Trinity River through the spillway located at its southern end. In east Dallas, the lake encompasses 1,254 acres of land. The park is home to a diverse collection of flora and fauna of all kinds. Regarding the parks in Dallas, White Rock Lake Park is always one of the most popular destinations.

In addition, it hosts several contests and other events of varying natures. It provides a wide range of opportunities for both active and passive forms of recreation. It is one of the most significant spots in Dallas to get a taste of the natural regions and animals the city offers. White Rock Lake is a site that is a dream come true for anglers since it is home to 19 different kinds of fish in its waters. Catfish, crappie, and bass are a few species that fall into this category.

Thirty-three distinct species of animals make White Rock Lake Park their home. Some of these creatures are endangered. The number 54 refers to several types of reptiles, including horned toads, turtles, lizards, and rattlesnakes. There are twenty distinct kinds of amphibians that call this park their home. Some of these amphibians include salamanders, toads, and frogs. Over 217 birds have been identified, including the most frequent ducks. Other birds include swans, pelicans, seagulls, and loons.

The previously expansive grassland now only comprises a fraction of one per cent of its original size. As a result, North America’s colossal ecosystem is at the most significant risk. On the eastern side of White Rock Lake, the White Rock Lake Park preserves around 250 acres of the natural Blackland prairie, originally used as a dairy farm. The park has 15 unlabeled lots. White Rock Lake Dog Park Beach is a dog-only beach.

This fantastic location is the stuff that even the most ambitious canine fantasies are built of, and it’s right here! Within White Rock Lake Park’s confines, which welcomes people and their four-legged friends, there is a beach, an off-leash dog area, and a dog park. Fido will have the fun of his life at this Dog Park and beach, exploring the off-leash dog area, dashing over the sand, and plunging into the crystalline blue waters of the lake.

White Rock Lake Dog Park Beach is located in Dallas and is often referred to as the city’s first dog park and beach. The land spans over three acres and is divided into three portions; one of these sections is dedicated to the dog beach. You won’t need to carry anything to this beach since everything you could need is already provided for you. From trash bags to drinking water and beyond, you’ll find all you want at this beautiful location.

It is highly recommended that you bring some snacks with you to the lake in case, towards the end of the day, you realize that you are starving. A day at the beach makes for the ideal setting for a picnic. During the time you spend lying about on the beach with your canine partner, you could have a delectable supper together. Your furry friend won’t have to worry about getting lost while swimming in the pool since a fence on all sides surrounds the whole area.

It’s just one of the many reasons you’re going to have such a strong affinity for this region. White Rock Lake Park, which is nearby, has public bathrooms open to the general public. To participate in any activities provided in the park or on the beach, your dog must be at least six months old, fully vaccinated, and either spayed or neutered.

In addition, your dog must have all of its vaccinations. White Rock Lake Park Dog Beach is the place to take Fido and the rest of the family if the thought of spending the day participating in activities that are linked to dogs seems like bliss. You are in for an excellent time, that’s for sure. Be sure your valued canine partner has had all the required vaccines before bringing them to this fantastic destination, as they must stay healthy.

White Rock Lake Dog Park is a three-acre “off-leash” dog park on the northwest side of the park between Mockingbird Lane and W. Lawther Drive. This canine paradise offers stunning vistas of the surrounding landscapes, including the lake, walk, and wildflower meadows. You and your pet will delight in seeing the diverse population of large and tiny canines visiting this park. More significantly, you will be just a few feet away from the opportunity to walk, jog, ride a bike, or go boating on Dallas’ biggest lake.

Is it Dangerous to Swim at White Rock Lake?

According to their findings, White Rock is a place with a “primary contact reaction.” That, in a nutshell, indicates that it is dangerous for people to swim or even wade in the water.

An assistant director at Dallas Water Utilities named Randy Payton said that White Rock Creek is the source of waste, such as shattered glass, plastic bags, and fishing gear, that make their way into the lake.

Is it true that White Rock Lake is home to alligators?

Most males will not even step into White Rock Lake to cool down during the summer. Dealing with the excrement on top of the alligators is a problem in and of itself.