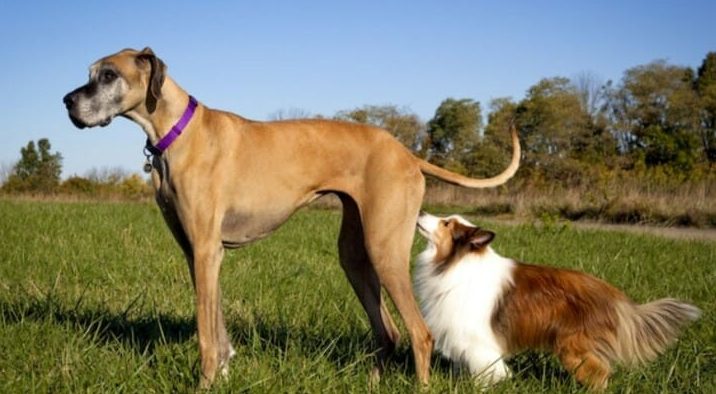 Why do dogs lick each others ears? The question arises. Pet owners can attest that their furry family members exhibit many peculiar habits. One of them is when one dog licks the ears of another dog in the presence of its owner. When dogs play together, why do they lick their ears? It’s hard to put the finger on why your dog licks its ears, but it might be a response to instinct or a simple desire for a treat. Let’s investigate this peculiar canine habit and find out Why do dogs lick each others ears.

Why do dogs lick each others ears?

Historically, all dog breeds may be traced back to when they were used as pack animals. Indeed, in their eyes, we only represent more pack members. Your dog uses licking and barking as forms of communication, just like any other good pack member. Members of a pack may lick one another to signal their presence. It’s an essential aspect of life in a group of dogs. Although domesticated dogs have long ago lost their genetic links to their wolf ancestors, licking remains a vital communication for these animals. That’s why dogs lick each other’s ears.

Your dog may want to groom the other dog to express its affection for it. While this is an integral part of their grooming routine, they cannot reach their ears while licking themselves, so they rely on their canine companions for assistance. When two canines are well-acquainted and raised together, they may even enjoy grooming one another. One way to demonstrate this is by licking each other’s ears. Furthermore, it helps prevent ear mites, although excessive licking can lead to discomfort and infection.

An ear infection may be the cause.

Dogs may lick one other’s ears for several reasons, one of which is to check for ear infections. They may be able to diagnose this illness even before the dog starts showing symptoms. That’s how keen your dog’s sense of smell is. If you notice that your dog is often licking another dog’s ears, you should examine the ears to see if they seem unclean inside or if there is any discharge. Even while it looks revolting, your dog could like the flavor of that poop.

The act of licking causes a soothing effect.

Everyone is a little bit obsessive-compulsive. Licking one’s feet or another dog’s ears are examples of neurotic and obsessive habits that dogs might exhibit. Anxiety in your dog might manifest as excessive licking.

However, stopping the licking won’t be enough to modify the habit if this is the case. You’ll have to get their focus off of it for a second. A toy that encourages interaction might be helpful in this situation. It may help divert your dog’s attention away from the ears of passing canine traffic.

Can you say “Better than the Butt”?

Dogs greet one another by licking their ears or smelling each other’s butts. As a dog owner, you have undoubtedly seen the butt-sniffing activity; however, some dogs will not tolerate this and instead prefer to have their ears licked. It’s also beneficial for the sniffer’s health.

Is It Okay to Put Fingers in Ears?

Although this is a common concern among pet owners, the answer could be more straightforward than yes or no. While this may be perfectly OK and beneficial for the dominant dog having his ears trimmed, it may be too much of a good thing for your dog if he licks them excessively. A natural ear infection may emerge from the irritation caused by this. In addition, if your dog is excessively licking the other dog’s ears, it’s possible he suspects an infection and wants to help; in this case, you should get the other dog examined by a vet.

Your dog’s licking behavior might indicate boredom on his part or a medical problem in the other dog. If your dog is an extreme licker, this behavior may irritate their skin and lead to other issues; how can you prevent your dogs from licking one other’s ears? Here are some tips for stopping your dog’s typical behavior.

As we’ve discussed, an interactive toy may do wonders in diverting your dog’s attention away from his compulsive licking. Giving your dog the toy after they’ve started licking it will only serve as positive reinforcement for the activity. Considering how quickly your dog will become bored with traditional toys, an interactive toy is the best option. Treats your dog needs to work for are common in interactive dog toys. The continuation of their interest is dependent on this.

Another fantastic method for preventing boredom and the resulting onset of obsessive-compulsive disorder in your dog is to enroll him in obedience training. It’s a beautiful opportunity to spend quality time with your dog while giving them a sense of purpose.Why do dogs lick each others ears?  To ensure their dog is well-behaved, all dog owners should put in the time and effort to teach their pets. A word of caution: it’s not a panacea, and it has to be done with love and positive reinforcement to be effective, but it can do wonders for many behavioral issues.

Licking is one of the numerous nasty canine activities that is still a regular part of group life. If your dog is obsessive about it, it might create difficulties for the other dog’s ears. Possible side effects include ear infections. Likewise, it may indicate a health problem in the other dog and should be treated as such. A bored dog is a healthy dog who requires training or different contact to keep happy and healthy. Now the point is clear why do dogs lick each others ears?

When Does Ear-Licking Become an Issue and Why do dogs lick each others ears?

Not worrying about being licked in the ear is relatively standard. Dogs lick themselves and each other all the time, and there’s unlikely to be enough saliva to trigger an illness unless the licking is enough.

Concerning dog licking and when to take action?

In most circumstances, dogs licking one other’s ears is a healthy and standard practice that should not sound any alarms.